Cities today increasingly grow through densification. New development, whether housing or infrastructure, must relate to what is already in the area.

Historically, urban development and public works have been strongly linked to the economic value of land. However, social, ecological, and socio-economic values should have greater importance. These aspects are meaningful both to city life and its growth. The development of an area should include more than just the property market’s financial perspective and build upon what’s already in place.

The narrative also becomes decisive for what resources are directed to the area, where investments will be made and who will benefit from them. But highlighting multiple stories from a place contributes to a more multifaceted view. When looking at a place we thought was empty through the eyes of others we may find that they are full of life.

The more one-sided a story is, the harder it will be to preserve existing values. Frequently the need for new housing has been set against the existing way of life. The result has often been that urban production, social engagements and cultural activities have been forced to move out. Not until long afterwards has the value of maintaining the activities from both a social and socio-economic perspective been understood.

Illuminate several perspectives
Conducting a survey of the local business community and the social networks that exist in a district can counter this. It should contain an analysis of the structural conditions of the area and its activities. Such a survey shows the importance of including more perspectives in urban planning and urban development than what is currently done.

By including more stories in a place’s history, we can ensure that the development agenda retains a place for those who work and live there. Without this understanding, meaningful social networks risk being erased, and existing businesses risk being negatively affected.

By giving more space to the people and businesses that are active in an area, we create a process that seeks a deeper understanding and is based on the realities of the city and its inhabitants. This is precisely what sustainable and long-term urban development is all about.

Assets to the city
Densification affects others than those who are usually consulted in urban development planning. The person who owns the story often has the power to define how the district will develop and determine what is valuable and is not valuable in the future city.

Mixed urban environments and the businesses and organisations in a place are often considered an asset to the city. They provide work to residents in the area, enable local production and may even provide a whole city with service and culture. Development should be based on what’s already there. Business development, cultural and sports initiatives, etc. are equally important for urban development as traditional urban plans.

Well-grounded decision making
The city is, and will always be, in a constant state of change. When redeveloping existing environments, we must be flexible and open and make plans based on what’s already there. It is more difficult in the short term, as it requires the involvement and openness of several parties, but it is socio-economically necessary and profitable for everyone. The more values that are made visible and included in an analysis, the better the material to base final decisions on – preserve or tear down and build new. So to contribute to the creation of a more inclusive and socially sustainable urban development, we must start from what is already in the city. 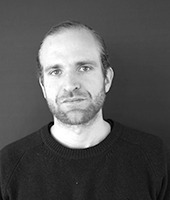