Wuddhouse1 is a building hosting a workshop whose design and construction are of extraordinarily high quality, displaying carefully curated details and natural materials.

Warehouses and industrial venues tend not to be particularly inviting or human in their scale and expression. They are usually located in the outskirts of a city, in an industrial park.

For Wuddhouse1 in Sigtuna, Sweden, the opposite applies, as the vision was to create a high-quality workshop with a disposition that would allow the building to be located in more attractive spots in town.

The vision was to create a workshop building of consistently high level, that enables this type of business in completely different addresses than before.

Services in the project:
Architecture

This type of building usually has an entrance and an unloading area on the same side, hence giving the large vehicles access and limiting design to a human scale. In Wuddhouse1 the truck and people accesses are on different sides, which makes it possible to adjust the scale on the latter. On that side, a porch lowers the ceiling height and scales down the perception of the building. On the backside there are garage doors and offloading areas. This separation gives the tenants the possibility to flexibly use their own area, for example using half of the space for a showroom next to the public entrance with the other half hosting a warehouse connected to the garage entrance.

Timber plays an important part here, both structurally and visually. This material ages with dignity and provides for a healthy indoor environment. According to studies, an exposed wood surface indoors fosters wellbeing and health, as people appreciate heterogeneous environments. In this project, even the timber frames were left on sight. In the façade, the horizontal and vertical frames, as well as the lowered ceiling structure, sport untreated timber. Other smooth surfaces and all window frames are  in heat treated wood. The building meets passive house standards.

Wuddhouse1 was created after White Arkitekter – together with the client – summoned a creative team that could set up an efficient and optimized process. Before the first line was drawn, dire protection and timber structural engineers set out the rules for the building and economic feasibility of the project. It took only three weeks to erect the structure.

clear and valuable contribution of White Arkitekter’s applied research was made. Our practice has a yearly budget to dive into specific projects and studies that improve peoples lives. When the founder of WUDD Fastigheter, David Uddare, presented his vision for WuddHouse1 it became obvious that we wanted to work together. The project was awarded SEK 120 000 which were used by architects at our practice to research on timber construction and detail design. 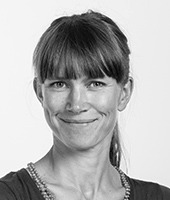