Vibrancy, beauty and creativity typify the emerging Selma Stad district in Gothenburg. Taking centre stage is a unique mixed-use civic building; a municipal headquarters and cultural centre in one, that invites collaboration between the local authority and citizens. In the new centre, great emphasis has been placed on circularity – with 92% reused furniture.

At present, the neighbourhood is known as Backa. This whole district is currently undergoing major redevelopment; this new civic building and town square will be a focal point for the emerging Selma Stad district. The mixed-use building takes the form of a three-dimensional theatrical stage with façades that resemble enormous billowing curtains; an inviting forum that celebrates creativity.

In the Selma Lagerlöf Centre, White – through strong will and creativity – has succeeded in creating one of 2019’s best Swedish interior design projects, with 92% reused furniture – resulting in 70 percent lower costs compared with the use of new materials.

By incorporating diversity into the building programme, it opens up possibilities for out-of-hours use. This makes for a civic hub that actively contributes to the city, strengthening social cohesion.

A diverse and flexible building

In addition to municipal offices, the building programme includes a library, theatre, café and restaurant, meeting rooms, media rooms, dance and music halls. Combining a cultural programme with municipal administration in the same building was an interesting challenge for the design team; flexible spaces were designed to accommodate the shared programme.

We wanted to create a positive friction, where people can run into each other and where serendipitous meetings become possible – dancers next to theatre folk, side-by-side with the city’s politicians.

The Re-use Strategy
When we analysed the costs for the project, we found that it was almost 70 percent cheaper to focus on maximising the use of reused furniture and materials rather than buying new products.

The re-use strategy was based on three main elements. Firstly, furniture was reused from six separate existing organisations that would later be moving their activities into the centre. Secondly, used furniture was procured as a complement to the items that already existed. And thirdly, used materials were purchased for the site-built interiors and to make new furniture.

We wanted people to be able to see that the furniture and fittings have had a previous life. The result is a sort of confetti with different shapes and colours that enhance the concept and combine with the raw building to create a delightful overall effect. The one common element in the design is a “Selma label” that we have placed on everything we have reused,

The square takes its name from Selma Lagerlöf, the first female writer to win the Nobel Prize in Literature.

The exterior of Selma Cultural Centre showcases the hive of activity within. By treating all façades with the same focus and attention to detail, there is neither a front entrance nor back entrance; and in regards to programme, there is no visible hierarchy in terms of which can be seen from the exterior. Exterior façades are cast from raw corrugated concrete that contrasts with warm copper-toned metal details, inside and out.

Inside, an exposed concrete frame, visible precast concrete walls and ceiling components and elegant polished concrete floors create a blank canvas for creativity. A glass-roofed atrium runs through the structure, covering light-filled meeting areas, with the main staircase and the traversing foot bridges contained within a concrete shell

The work on the Selma Lagerlöf Centre has shown how crucial it is to have a clear process in order to succeed with a re-use project. The most important is to determine the ambitions at an early stage of the project, to set goals for the amounts of reused materials and to set a time schedule. The Selma Lagerlöf Centre is one of the foremost examples of how it is possible to work in new ways. By adapting the design process and always basing our work on what already exists, we can further the transition towards circular architecture. 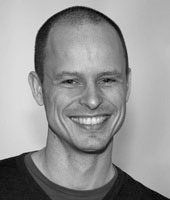