A verdant therapy garden on the roof, a memory clinic and modern offices; Priorn challenges preconceptions about how an office block should look and the role it should play in society. The ambition for Priorn is that it should become an unmistakable landmark on Malmö residents’ mental map of their city.

Priorn is located in one of Malmö’s central neighbourhoods, a stone’s throw from Triangeln Station and shopping centre. Its closest neighbours are Pildammsparken, Malmö Opera House and Malmö Concert Hall.

The property consists of two units, of four and eight storeys respectively, with a total area of 16,000 square metres. There are entrances on both S:t Johannesgatan and Pildammsvägen, one of Malmö’s new main throughfares.

In addition to its central location, the uninterrupted views are something else that makes the building unique. Set apart from other buildings and with large areas of glazing, the building enjoys beautiful vistas across the park and the striking public space of Konsthallstorget.

Our ambition is that Priorn should complement its surroundings and contribute more to the city than one might expect of a traditional office building. In the long-term, Priorn should become an unmistakable part of the city and a landmark for the people of Malmö and anyone visiting the area.”

The building’s facade consists of light materials such as brick, timber and stone, interplaying with the quality and character of the Opera House. Vertical elements spanning several floors provide impressive scale and create a shifting shadow play over the course of the day. Over thirty different types of glass have been used to make the most of natural light from various directions. This maximises natural light without excessively raising the indoor temperature when the sun is at its strongest.

The lower unit with its roof terrace abuts buildings on Triangeln and Konsthallstorget, while the building has a larger urban scale facing the park.

Therapy garden on the roof

One of the first tenants to be confirmed was Region Skåne’s memory clinic, Minneshälsan, a world leader in memory research and dementia research. The organisation was keen to have access to a green external environment for staff and patients, strongly inspired by the Swedish University of Agricultural Sciences’ Alnarp Rehabilitation Garden. Together with a team of researcher’s from SLU Alnarp and psychologists, doctors and other healthcare professionals from Minneshälsan, White has created a unique therapeutic garden on the building’s roof.

For the clinic, it is important that several people can use the garden without disturbing one another. A path, winter-proofed conservatory and various trees and shrubs create a several secluded places of varying character. The roof garden also provides space for physical activities such as medical yoga therapy, stress management and therapeutic cultivation. The clinic’s conference room is adjacent to the roof garden, making it possible to use the exterior space as an extension of the conference facilities.

The roof garden shows what we can actually achieve in terms of creating a dense and green city. We have found space for many different areas of use in a limited area and maximised the greenery. The goal has been to ensure that users can experience the same positive qualities as they would in a ground-level garden, even though they are on a city-centre rooftop.

A high level of environmental ambition
Parts of the roof garden are visible to the public, adding greenery to Konsthallstorget. Greenery has also been the watchword for the inner courtyard, which is adapted to deal with surface water. The vision is that Priorn will attain green building certification level LEED Platinum. A geothermal plant, solar panels and occupancy-controlled lighting and ventilation systems create an energy-efficient, smart office building. The basement is equipped with charging stations for electric vehicles and a large bike park with changing rooms for effortless, climate-smart commuting. 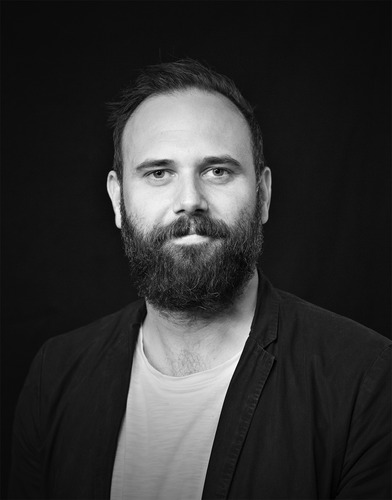