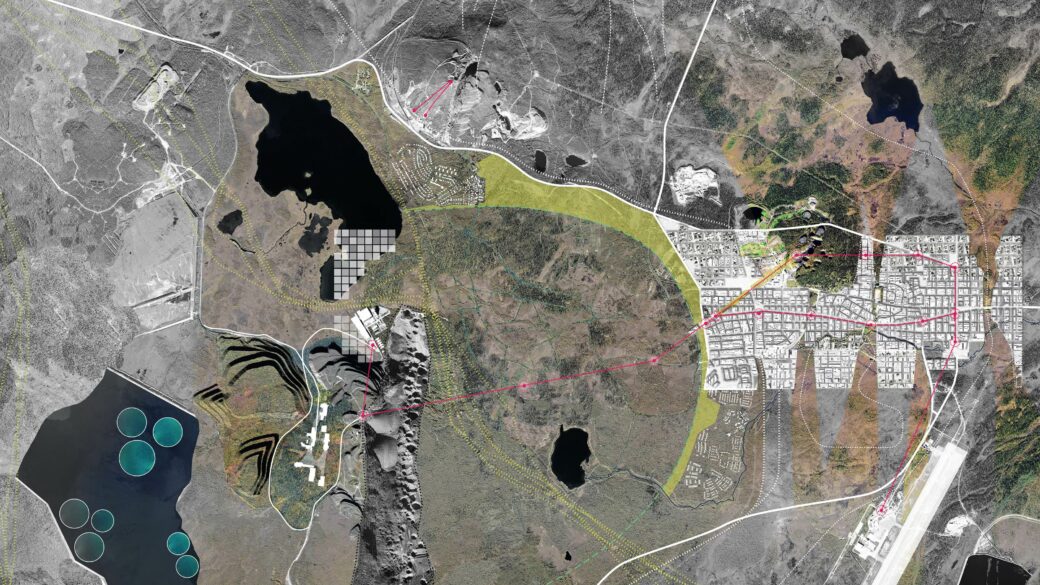 In one of the largest urban transformations of our time, the Arctic city of Kiruna has to move. Land deformation from iron ore extraction on the city’s western border will gradually subsume the centre. But how do you move a city, while preserving its character and collective memory? 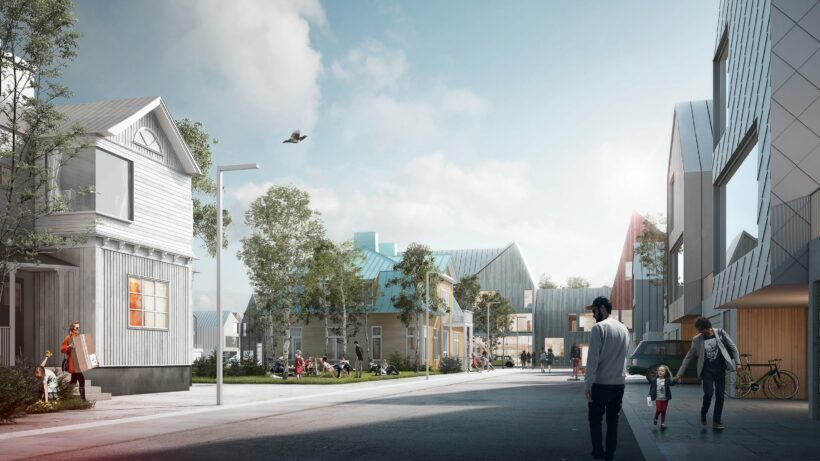 Kiruna is home to the largest iron ore mine in the world; an equivalent of six Eiffel towers worth of high-grade ore is extracted every 24 hours. Run by the state-owned company LKAB, two thirds of Kiruna’s population are dependent upon the mine for employment. However, this demographic is changing; in recent times, the city has experienced population growth and an increase in tourism. 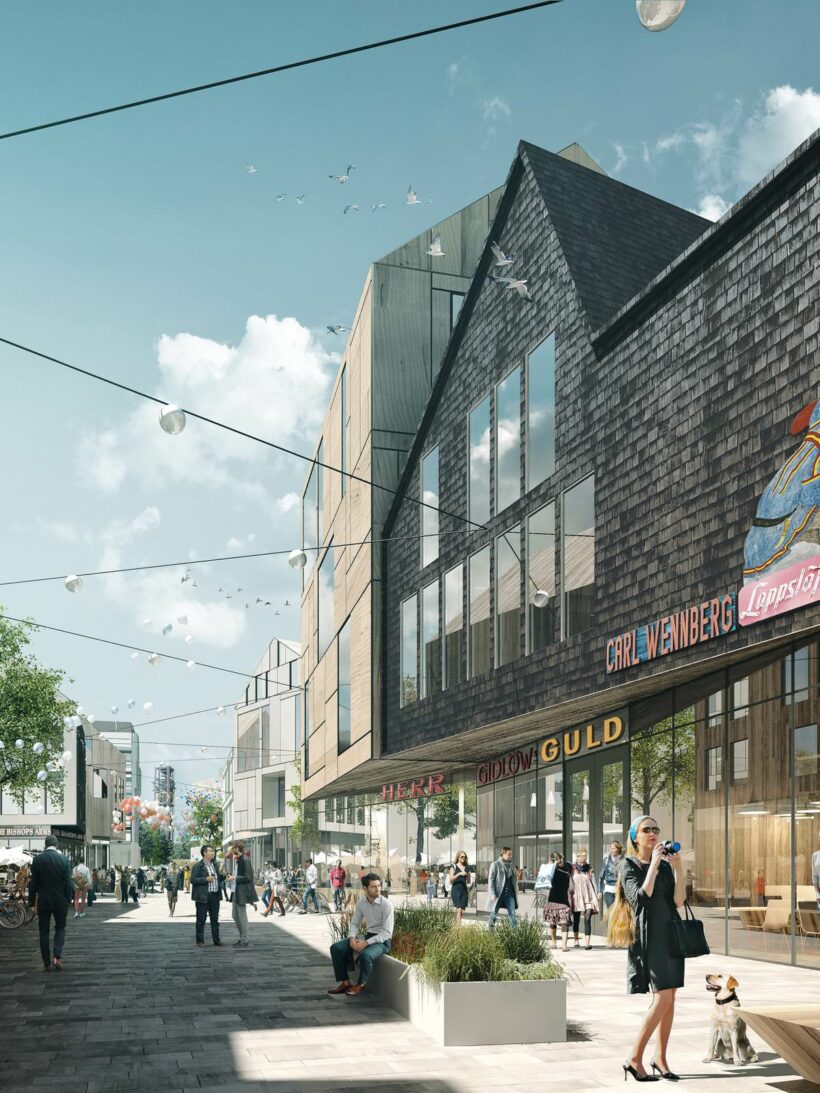 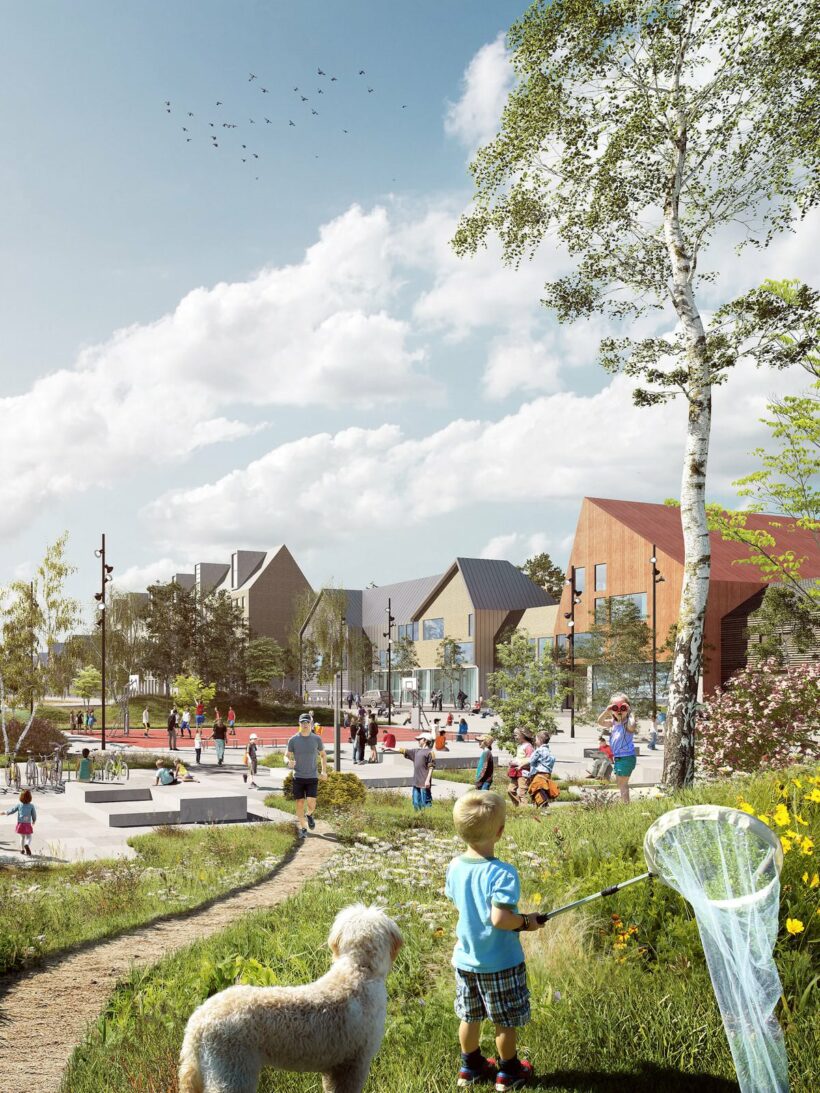 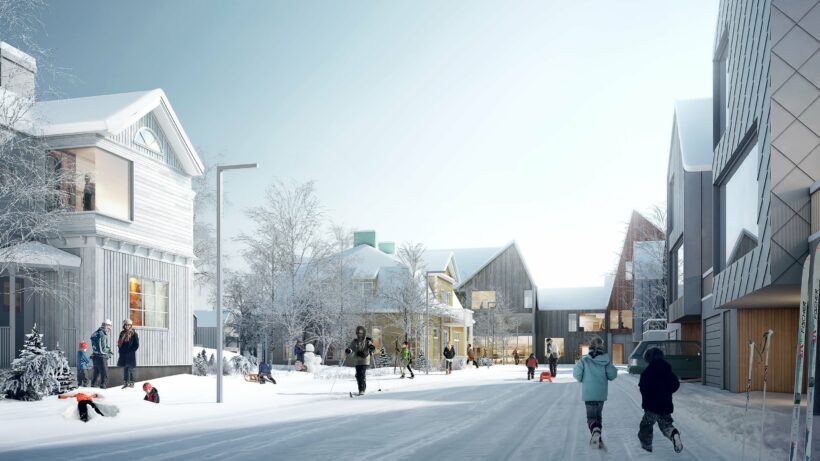 Places for meeting, eating, leisure and culture; these important spaces that form the basis of civic life were previously non-existent.

The citizens of Kiruna take a prominent role in the masterplan strategy. This period of transformation has evoked feelings of both anticipation and anxiety for the people of Kiruna. Through listening and creating an ongoing dialogue with the city’s 20,000 citizens, these emotions, ideas and ambitions inform and shape the strategic plan, as well as helping citizens plan for the future.

In February 2013, White Arkitekter working in conjunction with Ghilardi + Hellsten Arkitekter, won an international competition for a 20-year masterplan of Kiruna’s phased relocation by 2033. Challenging the original brief, White initiated a 100-year perspective on this masterplan with the aim to create a sustainable model city with a diverse economy that is less dependent on the global demand for iron ore. 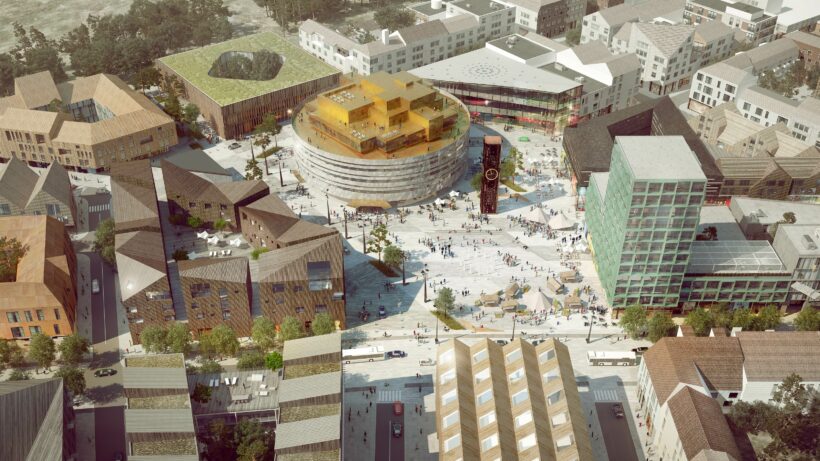 The first phase of the masterplan is a new civic square, with completion expected in 2018.

The new square will be home to Kiruna’s historic clock tower, as well as a new travel centre, facilitating connections between old and new.  Krystallen, the new city hall designed by Henning Larsen Architects will be the first structure to occupy this space in 2017. A new library, swimming pool are also planned for the square and by 2021, the Kiruna Church will have been carefully demounted and reconstructed on the new site. Extending out from the central civic square and the central axis of Malmvägen, neighbourhoods will form prongs or ‘urban fingers’ into the surrounding arctic landscape so that residents are never more than three blocks away from nature. 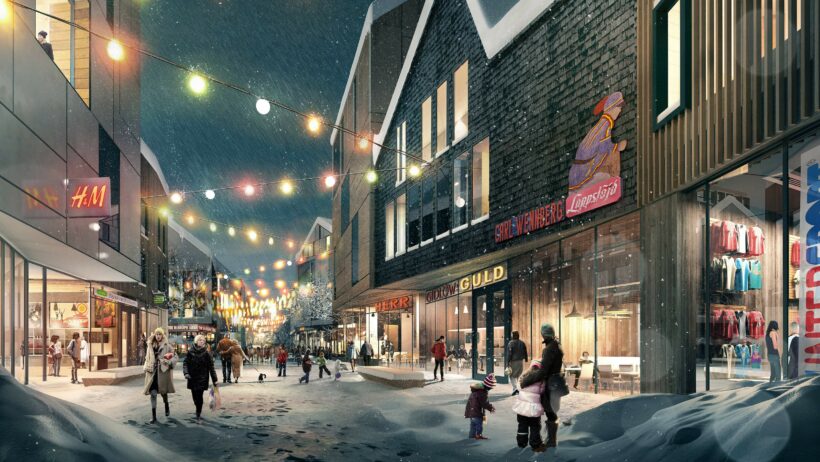 A series of gradually phased projects will allow the city to ‘crawl’ east along an urban belt to its new home. Focused around a central street, this belt links central Kiruna to nearby settlements, airport and mine. The re-use of materials from demolished buildings and the unaltered relocation of culturally significant architecture, will help the essence of the former Kiruna to also travel east.

The relocation presents an unparalleled opportunity for Kiruna to transform itself into a more socially and economically sustainable city. Equipped with meeting places and cultural amenities that were previously non-existent, a denser, more intelligent plan promotes public life, broadening the male dominated demographic of Kiruna’s past to allow a more diverse community to settle and thrive. In addition to the 3,000 homes that will be relocated, new housing developments to accommodate Kiruna’s growing population. 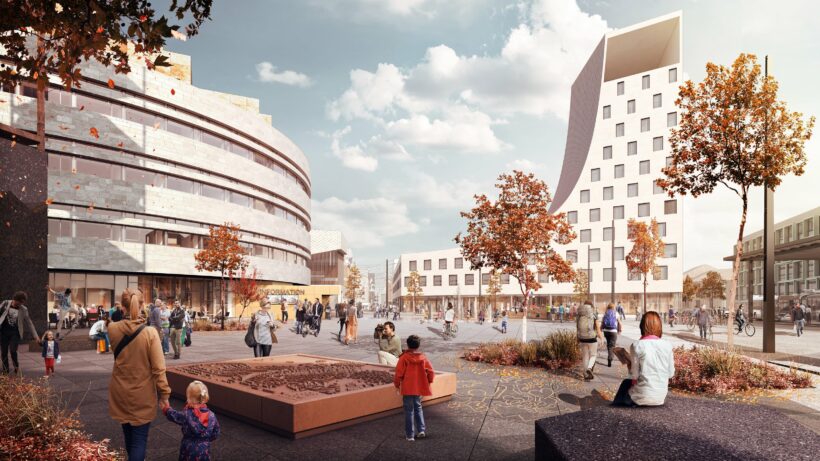 The ratification of the masterplan and LKAB’s investment in Phase 1 marks a significant milestone for Kiruna. It means that the citizens no longer have to put their lives on hold and can start planning their future.

Kiruna’s climate presents further challenges. Located 140 km north of the Arctic Circle in Swedish Lapland, the city has a sub-arctic climate where the sun never sets in summer and never rises in the winter; temperatures can plummet to -22°C. However, through the efficient use of resources, a low impact development can be achieved. Strategies include: harnessing the enormous amounts of waste heat generated by the mining activity, installing wind turbines to generate energy, and implementing recycling infrastructure to reduce freight and waste. 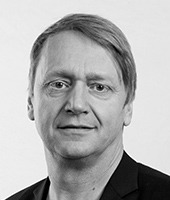