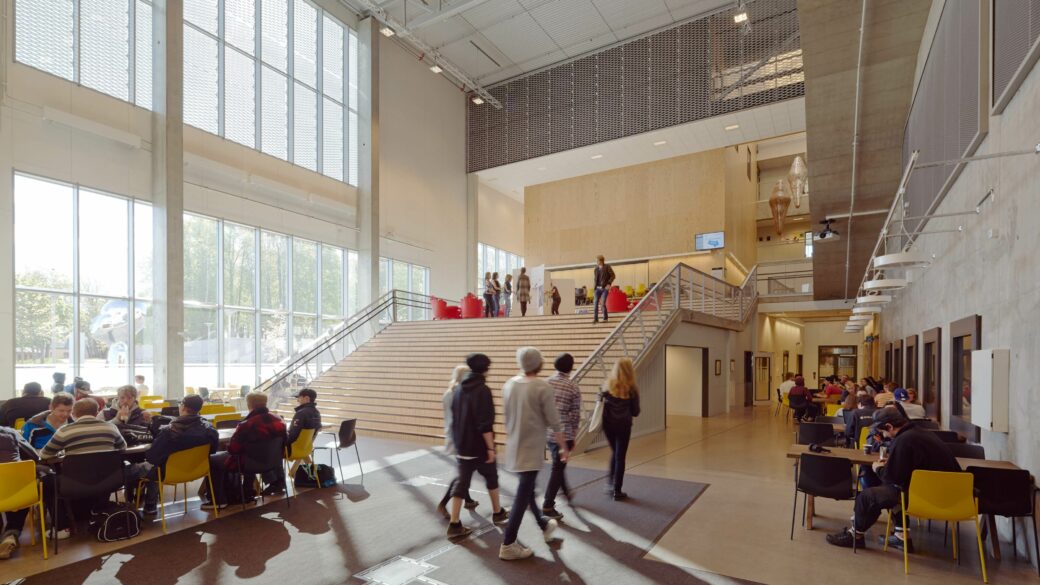 Faerder Technical College combined three existing colleges into one, to provide vocational training across a range of technical disciplines in Norway’s industrial seaport, Tønsberg. Students went from reporting the lowest levels of wellbeing in the county to the highest; a testament to the transformative power of architecture. 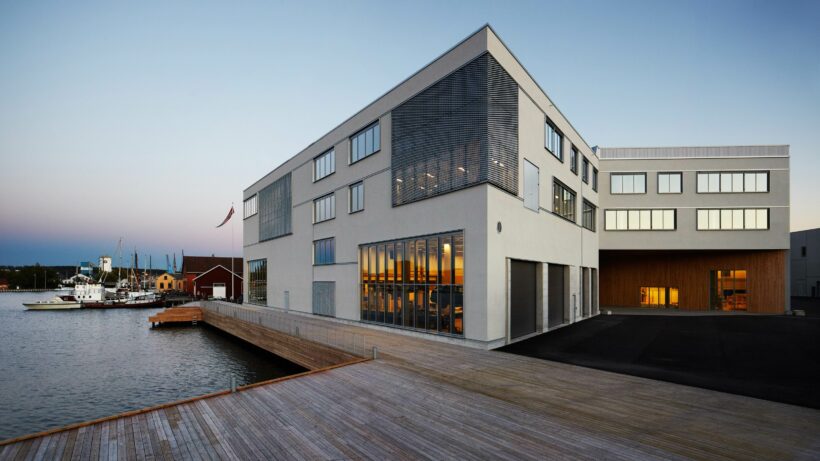 Faerder Technical College is located on the quayside between Tønsberg town centre and its main port on the Southeast Oslo bay. The campus signalled the start of the quayside regeneration, but it was also a place to revive the practical trades and skills that the area was once widely known for, such as carpentry, welding and mechanical engineering. Students at Faerder Technical College are reported to have the highest levels of wellbeing in Vestfold county. Before moving into the new college building, they had scored the lowest. This transformation has been rapid but not unprecedented; inspiring learning environments contribute to higher levels of student fulfilment on emotional, physical and academic levels. 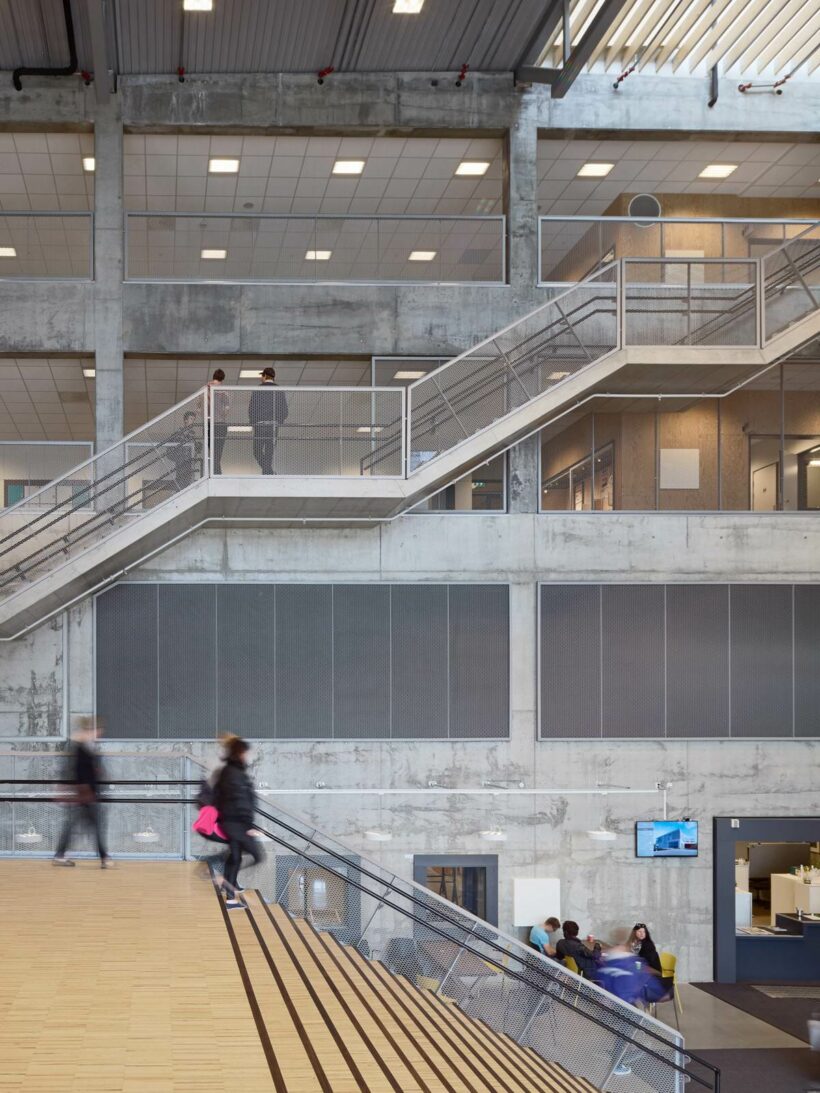 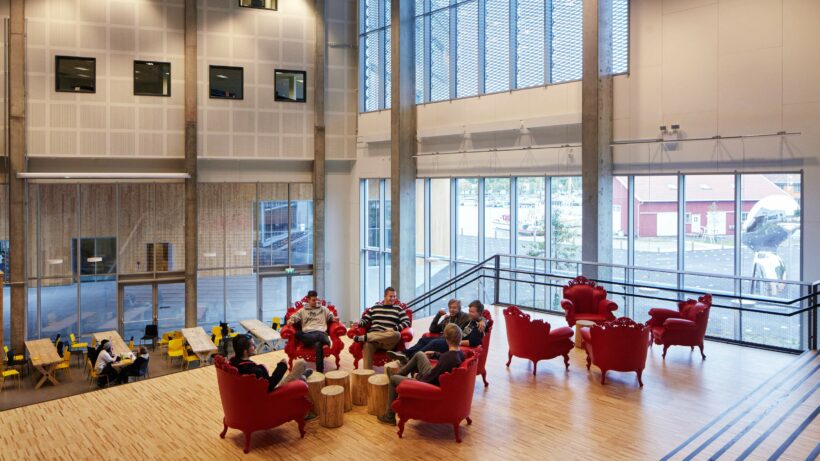 The atmosphere in the college has shifted from an air of trepidation, to a more collegiate spirit. Vandalism used to be a major issue here; today, it is virtually non-existent. Our negative reputation transformed into something very positive; students and staff are proud of their new college.

The three existing buildings have been integrated alongside other activities. The spatial plan is based on a vertical sequence. A main large multifunctional space functions as an entrance lobby, dining hall, auditorium and gallery; somewhere the entire school can gather under one roof. This was in stark contrast to before, where students were restricted to allocated, separate school buildings. Four levels of glazed workshops and rehearsal rooms sit adjacent to this core space. Instead of being hidden away in dark rooms, their activities are visible to the students inside, as well as the world outside. 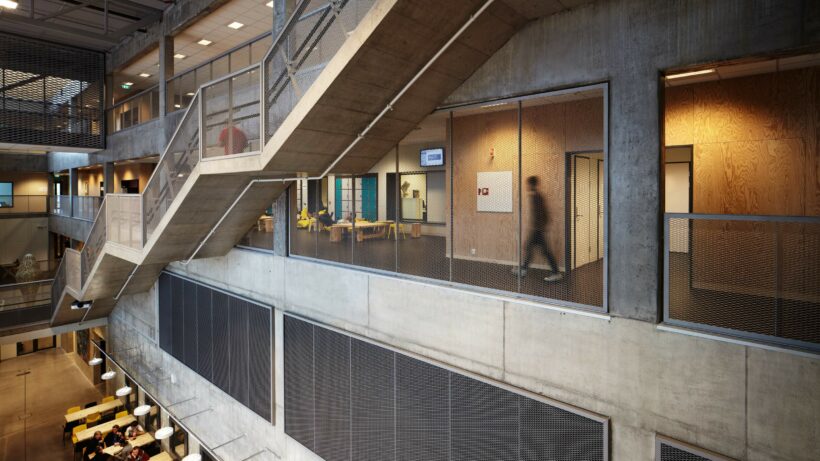 The Hangar is a semi-enclosed superstructure at the heart of the college, where student and public walkways converge. Bridging the main entrance, its vast proportions emulate the shipbuilding facilities that once stood on the site. This covered outdoor space can host student and public concerts and exhibitions, anchoring the college within Tønsberg’s community life. Above The Hangar, the library offers students a tranquil place to read and study, with views across the water and town centre. 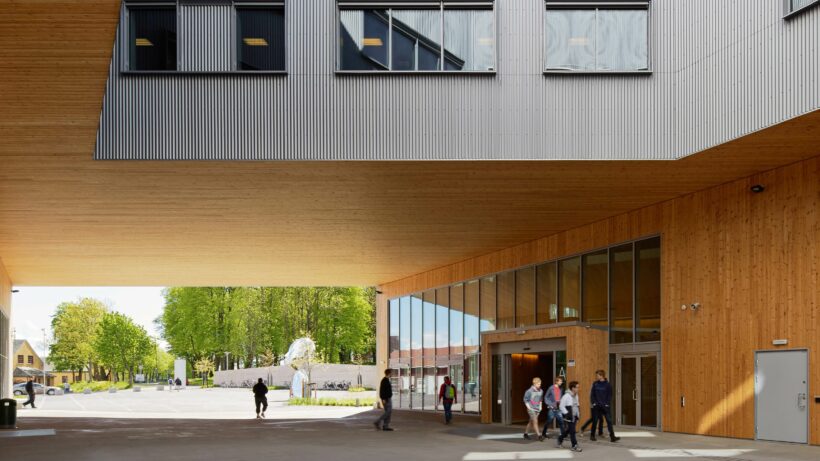 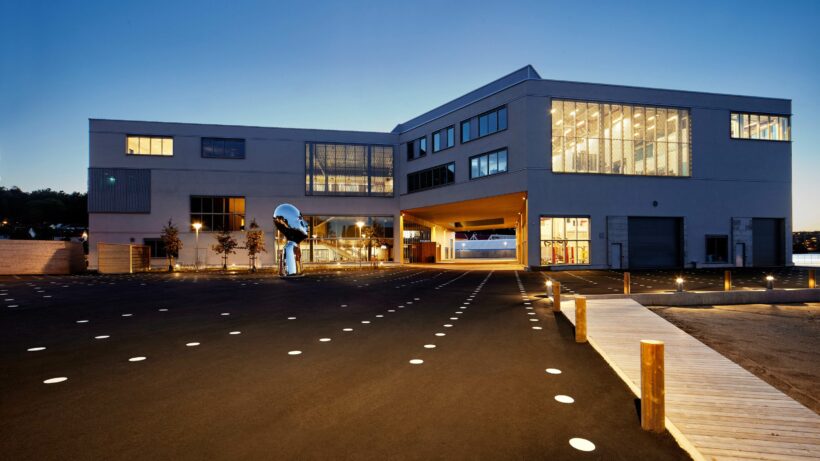 Illuminated at night, The Hangar is where public and student walkways converge.

Faerder Technical College has an open-access policy; anyone that wants to learn here can enrol. Inclusivity was therefore essential; the campus was designed to be fully accessible throughout and transparent in its activities, encouraging an interplay with the wider community. 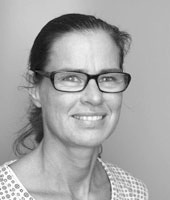