With projects ranging from Montreal's new sustainable Le Hippodrome district, to the award-winning Nuuk psychiatric clinic in Greenland, to the World Bank-funded Panzi Hospital in the Congo, we are the first architectural practice to be nominated for the Government's Export Prize for Cultural and Creative Industries.

Since the start in 1951, we have designed living environments at all scales, from urban planning and landscaping to building architecture, interior design, and design. We were early to establish an in-house sustainability department in the 1990s. Now we have around 3,000 ongoing projects across twelve countries and have set a goal of becoming carbon negative in all projects from 2030 onwards. The ability to combine design and sustainability has been a success factor internationally, and we have ambitions to continue to grow in markets outside Sweden.

The Government’s Export Prize for Cultural and Creative Industries is awarded to recognise the contribution of Swedish companies to Swedish exports and the promotion of Sweden as an innovative and creative country.

We are very delighted to have been nominated for this award. It is a proof that the world sees the architecture industry as an important sector for positioning Sweden internationally.

Panzi Hospital in the Democratic Republic of the Congo founded Dr. Denis Mukwebe, recipient of Nobel Peace Prize in 2019

– With an increased understanding of Sweden’s strong knowledge in architecture and urban development, where sustainability is an integral part of the design process, the industry has great opportunities to further grow internationally, says Carl Bäckstrand.

London is our fastest growing office, where we are working on the prestigious commissions designing Cambridge Children’s hospital and the regeneration of the 1960s Gascoigne Estate in London amongst others. We recently won a RIBA Award for the Climate Innovation District in Leeds, which is being celebrated for improving the quality of beautiful and sustainable housing in the UK. Earlier this year, we opened a new studio in Germany after several competition wins, such as the transformation of the Heinzelmann Areal industrial estate.

– With an interdisciplinary approach, we integrate social and environmental responsibility into our projects, promoting equal, healthy, and sustainable living environments. This is often perceived as a hallmark, not only for White, but for Sweden as a country. With our international expansion, we hope to continue to bring our innovations to larger markets, such as Germany and the UK, says Carl Bäckstrand.

What confirms the international interest in our architecture is that during Frank-Walter Steinmeier’s recent state visit, the Foreign Ministry chose to showcase several of our groundbreaking projects. The theme was innovation, sustainability, and democracy and during the state visit, the German President was introduced to the New Karolinska University Hospital, the relocation of Kiruna and the digital opening of Sara Kulturhus in Skellefteå, which, with its 20 wooden floors, has become an international beacon for sustainable architecture.

The Government’s Export Prize for Cultural and Creative Industries was initiated in 2017. A total of five companies have been shortlisted for the award, and this is the first time that an architectural firm has been nominated. The winner will be announced by Minister for Foreign Trade Anna Hallberg on 14 October at a ceremony at the Ministry for Foreign Affairs. 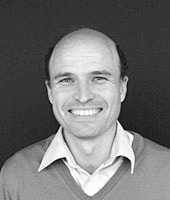