Together with Rayside Labossière, White Arkiteter have won a project to revitalise the old Montreal Hippodrome site and develop an inclusive, carbon-neutral district comprising 4 000 – 5 000 new homes. The neighbourhood will be supported by sustainable transportation, new schools and recreation facilities. The proposed new district will seek to provide high quality architecture and landscape design.

The site of the old Hippodrome presents a great opportunity to create a socially and ecologically sustainable neighbourhood that strengthen the links between surrounding city district. The area is not without challenges. The City of Montreal has been looking to transform this major piece of land in public ownership for over a decade.

– We first became aware of the Hippodrome project at a forum of experts held in Montreal in 2012 and have been following the opportunity since then, says Marie-France Stendahl, Head of Business Development Canada at White Arkitekter.

This is a prime opportunity to create a carbon neutral neighbourhood that can have a very positive impact on the local community and the City of Montreal.

A complete and competent team
White and Rayside Labossière has assembled a multidisciplinary team that have the skills to work with the opportunities and challenges of this complex project. Rayside Labossière’s expertise in dialogue and architecture is combined with White’s experience in large-scale sustainable urban development, social analysis and landscape design, being some of standout competences of the team.

We’re very happy to be working together with Rayside Labossière and the rest of the design team. We at White Arkitekter are leaders in sustainable urban design, and we understand how a project of this nature can develop over time and are confident in our skills to support this process.

The Hippodrome site will be an important future district of Montreal and can help the city take a step to being more sustainable, says Carl Bäckstrand.

Giving the community a voice

An important part of the project is the democratic process, the dialogue with the community. The site is located between two neighbourhoods with different socioeconomical realities that will now become more integrated, presenting an opportunity to create a socially sustainable district that’s inclusive and diverse. 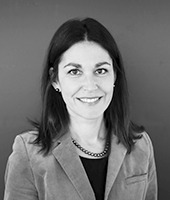