Region Värmland has confirmed its largest investment to date, involving a major renovation and extension of Karlstad’s Central Hospital, with a budget of SEK 7 billion. This new investment in the hospital is one of Sweden’s largest healthcare facility projects, which will deliver a hospital specialising in high-tech care, efficient emergency care and healing care environments, where everyone’s needs are taken into account – from patients to visitors and staff.

In January 2019, White Arkitekter was commissioned to work on the restructuring of Karlstad’s Central Hospital, with the conceptual design phase being completed prior to summer 2020. It was announced on Wednesday that Region Värmland had given the green light to the record investment, which will enable the region to meet anticipated future care needs. Something that demands a great deal of both the project’s architecture and its planning.

The architecture of the new hospital allows for the advances being made in research and for the numerous revolutionary changes in the delivery and experience of care that we will see during the expected life span of the hospital.

The project has involved close cooperation between White, Region Värmland and a number of experts and specialists. The working group’s members include landscape architects, traffic planners and timber construction engineers, among other professions. It is not just changes in demography and keeping pace with the advances being made in research that pose challenges for the healthcare system of the future, there is also the increased demand for sustainable buildings to consider.

By taking a holistic approach and bringing on board highly specialised expertise early on in the process, we are able to deliver sustainable architecture.

– With the Central Hospital in Karlstad, we are creating not just a hospital, but also a hub for the region, which the public can feel confident about using and take pride in, says Mathias Nilsson, Project Director at White, who has led the project together with Cristiana Caira.

At Region Värmland there is a great deal of expectation around this major project and what it will mean for the public.

– Our collaboration on the project so far has been incredibly productive, having taken into account both the needs of the healthcare services involved and the technical criteria, which has enabled us to produce an outstanding overall concept, says Jim Nilsson, Project Manager at Regionsfastigheter, Region Värmland.

More information about the project:

The overall objective for the project group is to create a hospital with efficient flows, an enhanced level of patient privacy and pleasant environments for patients, visitors and staff. In practice, this means a high proportion of private rooms at the hospital, something which research shows promotes recovery and reduces the risk of infection.

Sustainability issues have been a key focal point throughout the process, and from the outset the project has had a clear vision of what the end result should be, coordinated by sustainability specialists at White.

A fundamental design concept for the hospital site is to allow the focus of activities to govern the flow, with high-tech and emergency care being provided at the north end of the hospital, which enables the south end of the hospital that faces the city to feel more open and welcoming. Externally Karlstad’s Central Hospital features carefully considered brick façades and distinct lines that follow the course of the Klarälven river that runs alongside the hospital. Green courtyards and glazed spaces provide relaxing views of green areas, the river and the sky above. 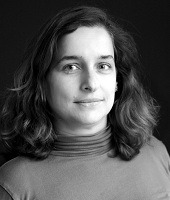