Prize-winning proposal in competition for new satellite preschools in Ethiopia

Our competition proposal ”Walk of Learning” was awarded a Special Honorable Mention in Archstorming’s competition to design two new satellite preschools in Ethiopia. The preschools are a development of an existing preschool in Gaba Kemisa, about 124 miles northeast of Addis Ababa, which has had a major positive impact on the entire community.

Through the competition, the Spanish non-profit organisation Abay wants to build two new preschools in the villages of Hiddi and Dillu, to complement the primary schools already in place. Founded in 2009, Abay works to combat poverty and promote equal opportunities through education, health, and community projects in the Walmara district of Ethiopia.

The existing preschool in Gaba Kemisa was built over ten years ago and has been particularly important for the children in the area to attend school later on. But the preschool is in high demand, even among those who don’t live nearby, which means that many people must walk several kilometers every day to get there. This, in turn, puts children at risk of dropping out of preschool.

In Ethiopia, under-five mortality rates are high, especially in rural areas. Here, preschool has been shown to reduce the risk of children dying prematurely. Preschool also has an impact on whole families, as older siblings are often forced to drop out of school to take care of their younger siblings instead. Preschools are therefore not only important for the preschool children themselves, but they also ensure the schooling of their siblings.

This is a small project that has a big impact on a whole community, a small contribution to something much bigger. It was an educational process, helping us locally to understand what everyday life is like for a preschool child in Ethiopia.

– It’s a completely different mindset to put yourself in. It feels good that we succeeded in doing that, that we are relevant in this part of the world too, says Viktoria Walldin.

The competition called for flexible modular preschools that can be adapted to the different conditions of the sites. Now the competition is over, and our Walk of Learning proposal has been awarded the “Special Honorable Mention” and €500, the equivalent of just over SEK 5,000. The prize money will be donated to charity in the same spirit as the competition.

Pointing the way to a promising future
The name Walk of Learning refers to the central arcade in the proposal, which runs through the preschool area. The arcade serves as an extended plaza that connects the preschool’s functions such as classroom, dining/kitchen, courtyard, and restrooms. Future additions can also be made here if the preschool develops and grows over time.

We wanted to use a simple approach to create a diversity of places, small and large contexts, placed close to each other. The arcade enables this variety and connection by being located at the edge between building and landscape. Here, teachers can adapt activities and contexts to each child's circumstances.

The classroom can be used for large gatherings or small groups using partitions and window niches to create secluded spaces. Outside the classroom there are two small spaces on either side of the entrance, covered by the arcade roof. These rooms can be used for story time and small group creation. The courtyard, which is partially covered, is the meeting place of the preschool and the village. With surrounding steps and a large tree, the courtyard forms an amphitheatre. 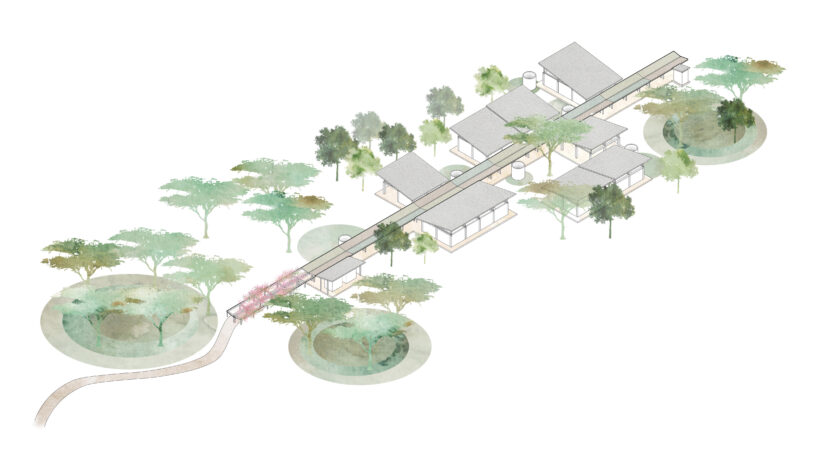 Circular architecture and self-sufficiency
When resources are scarce, circular architecture and self-sufficiency are even more important. To avoid water shortages during the dry season, the arcade acts as an aqueduct that collects rainwater for washing, irrigation, cleaning, and business activities. The adventure garden is designed with embankments to allow plants to take advantage of rainwater. The toilets help to nourish the soil and provide the kitchen with biogas for cooking. Trees and plants provide shade, while contributing building materials and food. The construction materials used are those that are available and have a low carbon footprint.

The competition proposal advocates the use of local resources and building on the knowledge of local people. Ethiopia has a deforestation problem and we wanted to create an oasis in these schoolyards in a simple way, which also inspires and gives knowledge about living sustainably. 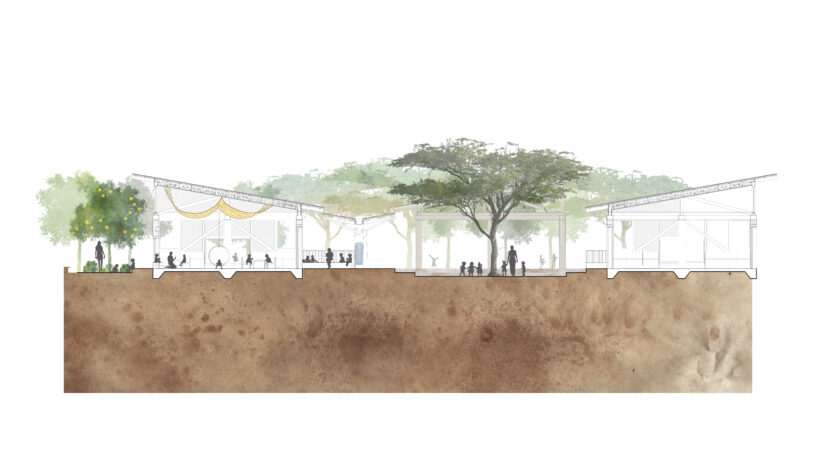 Walk of Learning wants the new preschools to affect the whole community. The arcade forms a public space that invites people to meet and exchange everything from plants to ideas and knowledge. Here, children are pioneers of a sustainable lifestyle and it is hoped that it will have a ripple effect.

– We are delighted that our focus on children and the landscape in this project has been recognised. School is the foundation for a successful life and country, says Johanna Hallgren. 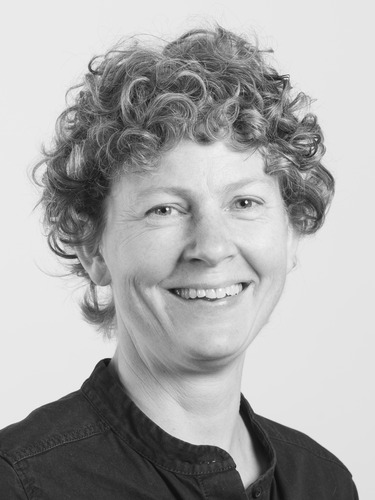