At the Hugin neighbourhood in Uppsala, money and emissions are being cut thanks to large-scale reuse – without compromising on quality. Through a creative design approach and an advanced BIM process, the building could be saved from demolition and be transformed into a modern office complex.

Uppsala’s Hugin neighbourhood has long been seen as a barrier in the city, and the plan was to demolish the buildings and construct new ones. Since the building had been customised for one major tenant, it was hard to find a suitable solution to convert if for several tenants.

But a few years ago there was a change of heart, and White Arkitekter started to explore the opportunities for saving and reusing as much as possible. By turning the building inside-out, adding a new atrium with a large stairwell and moving the entrance there, it was possible to welcome more tenants without making major changes to the frame.

Under the current proposal, although a few buildings will be demolished and others will be added, much of the complex will be retained, renovated and extended. The target is 100 % reuse – everything that can be reused will be reused.

Calculations showed this to be profitable in several ways. This proposal can be ready two years earlier, save SEK 180 million and help reduce CO2 emissions by 3,800 tonnes as compared with a new concrete building. Tenants will also be able to move in earlier, which means a faster return on investment.

However, for large-scale reuse to be a success, a completely different process is required than with a new build. First, each element of the building must be inventoried in order to map what can be reused in the project, what can be used in another project, and what can be sold. Components then need to be dismantled and either stored for subsequent rebuilding or transported away. Tradespeople are then needed to repair or freshen up those components. If a project like this is to be a success, the vision and involvement of the client is crucial.

Reusing as much as possible is an important part of reaching our climate goals. We have to take chances to succeed and create a culture where it’s okay to get it wrong.

Hugin was built in the 1970s, and requirements on buildings have changed since then. This is a challenge when it comes to reuse, as old doors and windows may not meet modern requirements on acoustics and accessibility. Consequently, finding new ways to use them, for example as suspended ceilings or stair rails, calls for creativity. Test-building with the new material ensures that the new premises live up to modern standards.

The architects are constantly having to balance visual aesthetics with resource efficiency, and function with preservation. Should we keep old building components and save resources, even though their energy performance is below that of modern parts? And how do we justify material consumption for design elements that don’t have a technical function, but contribute soft values like beauty and well-being?

These are important questions, because we can’t just ignore the architecture altogether. Where we make the biggest financial and environmental gains are by saving the foundations and the frame, after all.

The inventory is made easier by 3D-scanning and a point cloud, which is converted into objects in a BIM model. Each building component is given its own identity in the database, and the idea is to link it to its physical counterpart by drilling in an RFID chip. This enables full control over all parts during reconstruction, and is a good foundation for future management. It also makes the building ready for future changes by keeping all the data together and linking the material to the model. Moreover, a precise model minimises the surprises that always pop up in conversion projects.

A total of more than 20,000 square metres of modern and attractive premises will be created at a significantly lower cost and with far less environmental impact than would be the case for a new building. The façade is being clad with slate, a natural stone with low environmental impact, and solar panels will be integrated into the façades and roofs. The building will be certified to LEED Platinum, the highest level.

“The project demonstrates that it pays to think differently and dare to take the first step. But we have to do more, because so little development has high ambitions like these. It needs to become more widespread. Working with transformation and reuse on a large scale doesn’t have to cost more, and we want to help more clients succeed with this kind of project. It all comes down to determination and courage,” Anders Tväråna concludes. 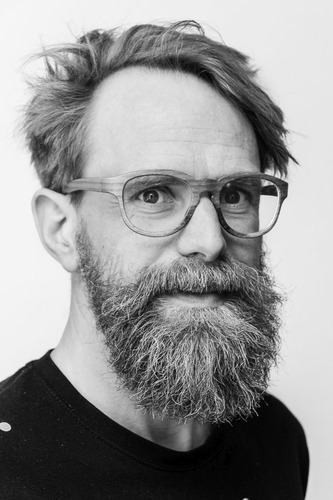