The fluid form of Stockholm Waterfront Congress Centre is one of the city’s defining landmarks. The challenge was to accommodate the building programme on a cramped urban site amid busy road and rail links, while creating an uplifting, flexible venue for large scale events. 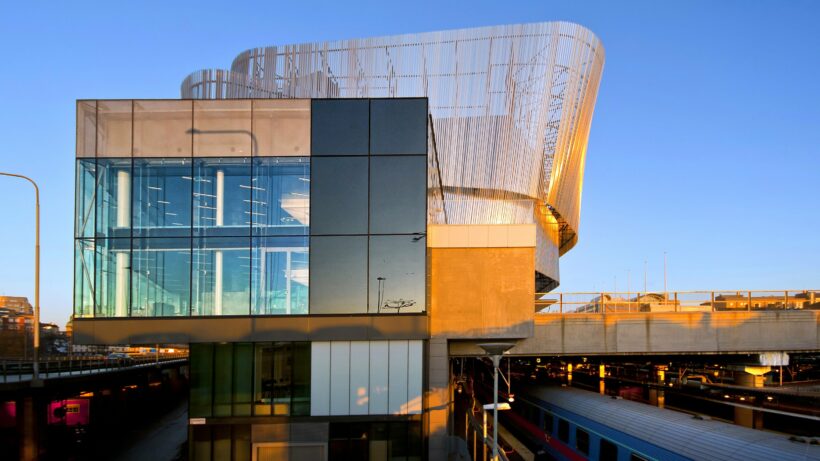 Bringing dynamism to the city skyline

Sitting on one of the most highly visible sites in the city, Stockholm Waterfront Congress Centre neighbours Central Station. Tens of thousands people pass by every day, by road or rail. The triangular site lies pinched between rail and road links seems at first glance, an unlikely place to build a venue to welcome 3,000 guests. However, clever spatial planning enabled exactly this. 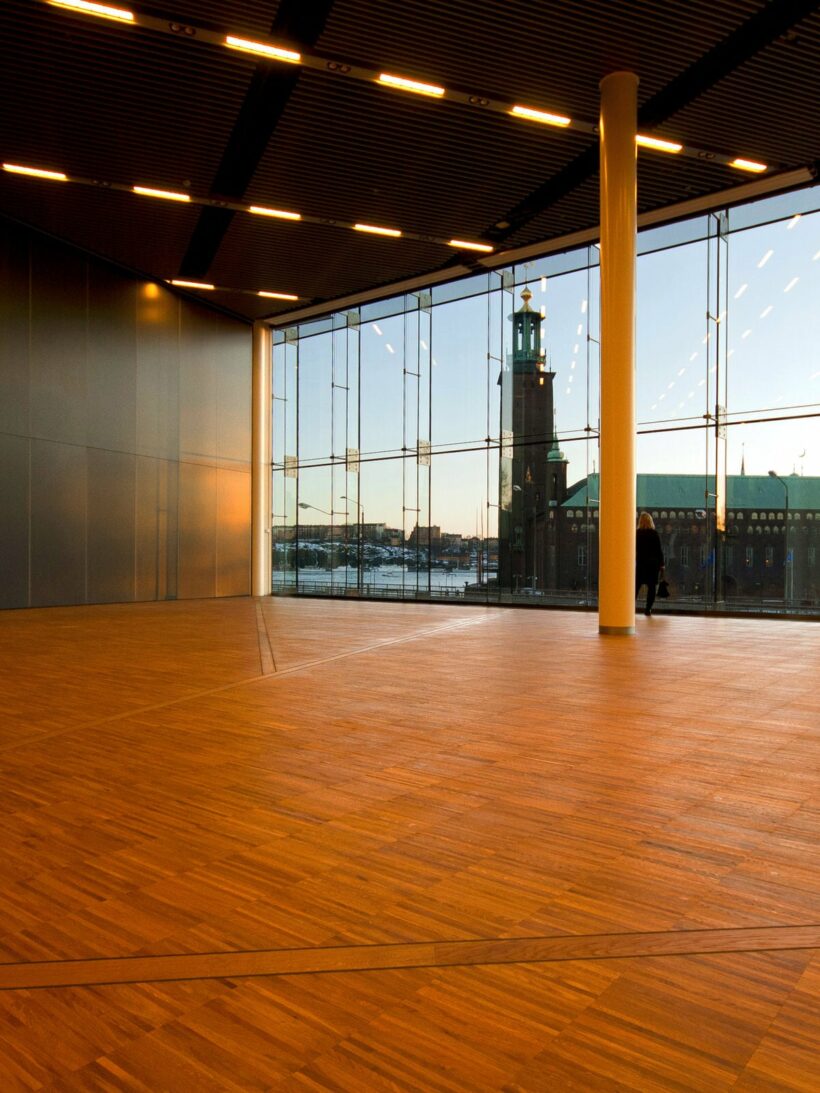 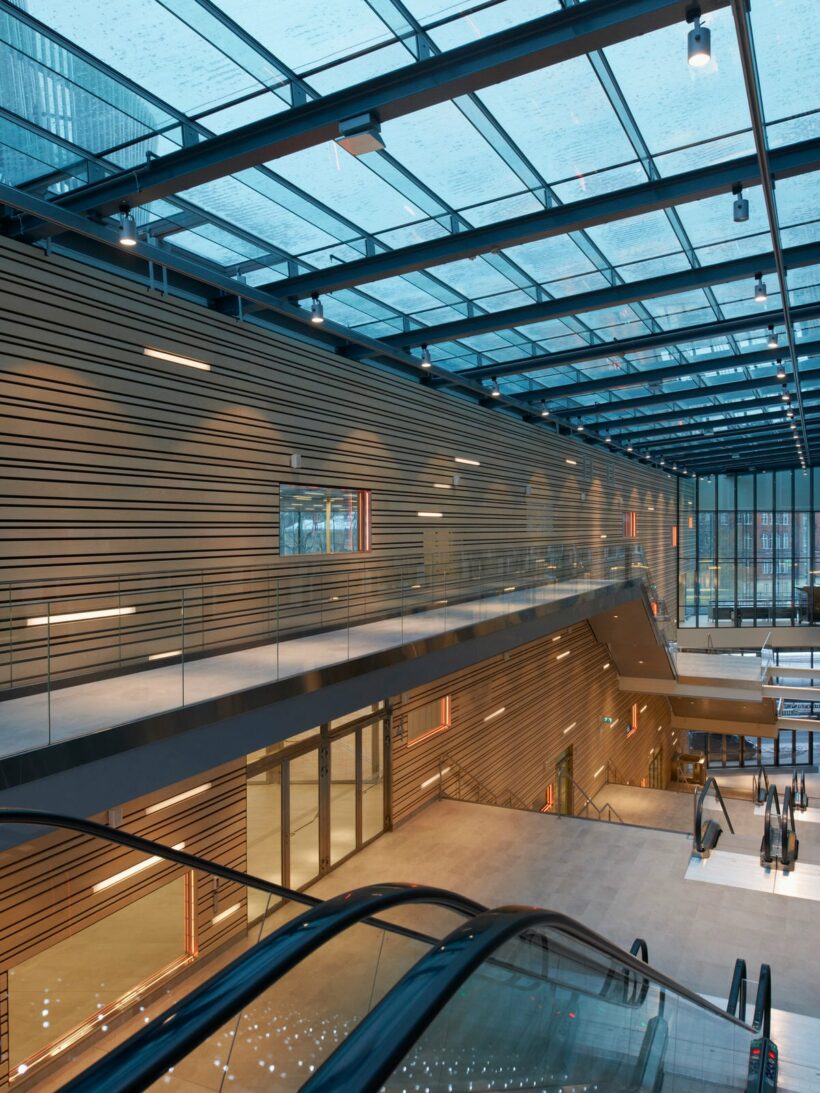 Vibrant, cosmopolitan and built on the water’s edge; Stockholm Waterfront Congress Centre is twice as energy efficient as the EU Standard ‘Green Building’. 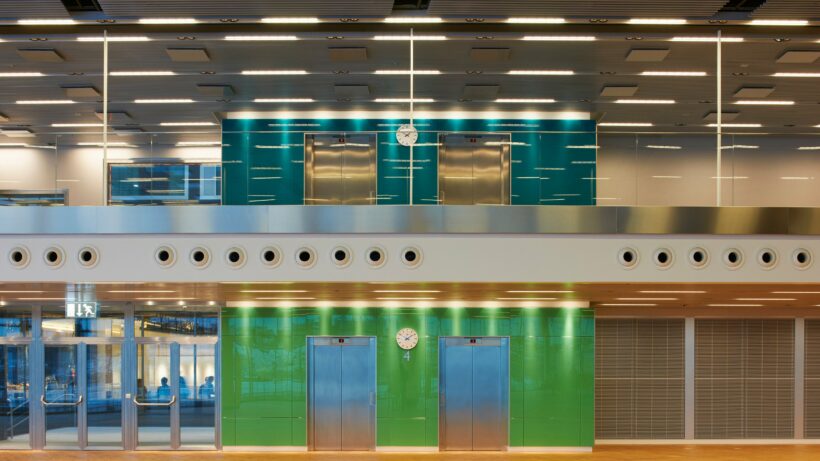 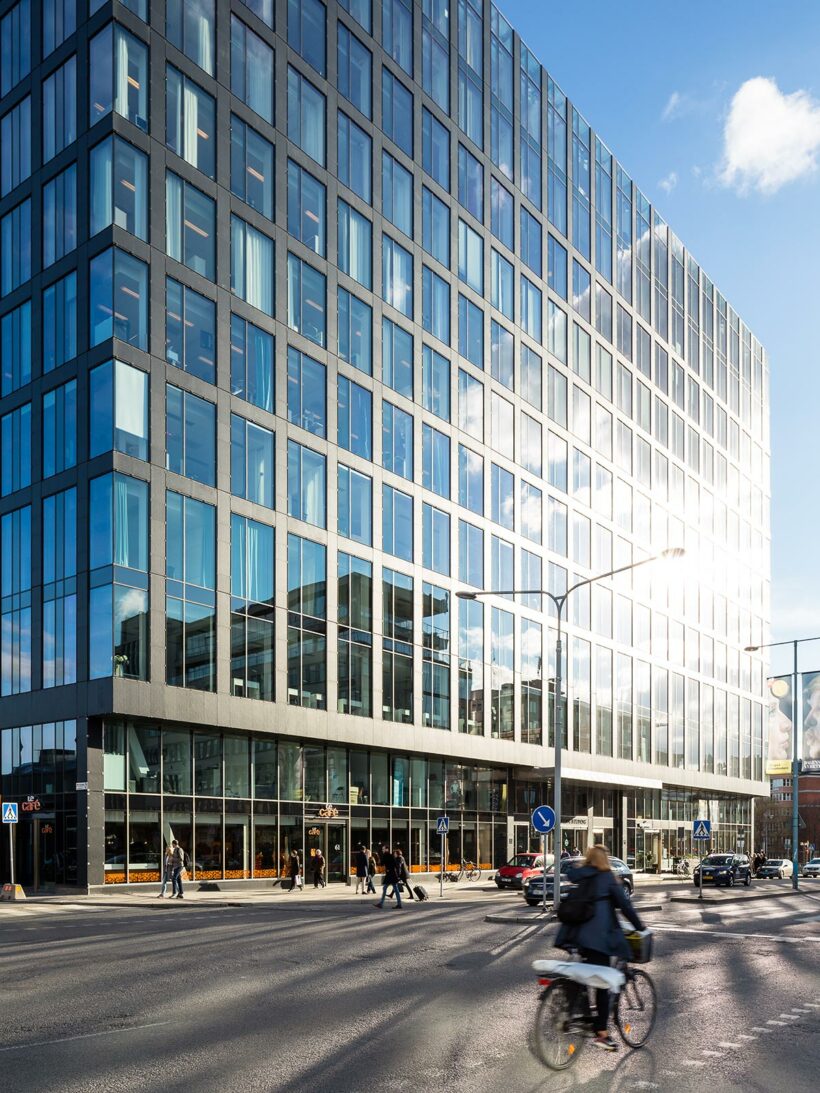 Stockholm Waterfront Congress Centre is divided into three separate buildings. The first building is a low-lying auditorium close to Riddarfjärden, the second is an office block facing onto Klarabergsgatan, and the third building is the 400+ suite Radisson Blu Waterfront Hotel, directly adjacent to the centre.

A sculptural contribution to the city

The triangular site garnered three solutions: removable seating, multi-use areas and suspending a large part of the centre outside the confines of the site, like an enormous canopy. The upper levels of the centre take the free form of billowing veils, seemingly interacting with the movement on the flyovers and quays surrounding the building. Planning approval for structures that alter the city skyline is often contentious however in this instance; the permeable sculptural form of the upper levels was seen as a positive architectural contribution to the area. 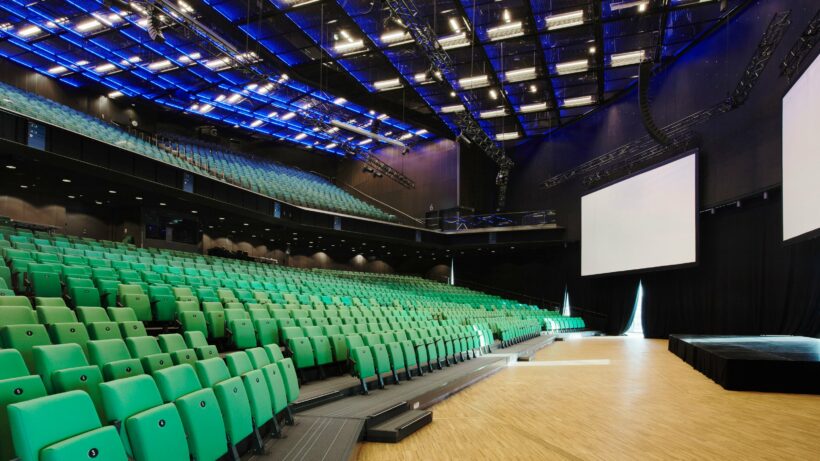 Seating on the upper levels can accommodate 1,500 delegates, as well as rapid conversion into two separate halls. The removable seating configurations can be moved aside to make room for 2,000 banquet guests.

One of the world’s most energy efficient buildings

The sustainability strategy was designed to cut CO2 emissions and minimise impact on the environment to mitigate climate change. Glass façades are made up of 1,040 sqm of solar panels that on average gather 1MW of heat energy on a daily basis; equivalent to 90,000 household low energy bulbs. Utilising the site’s waterfront location, the entire centre is cooled by water drawn from Lake Mälaren, which is stored in 250 tonne of ice tanks in the basement. In addition, a large part of material was reused from the building previously occupying the site. This approach ensured that Stockholm Waterfront Congress Centre is one of the most energy efficient buildings in the world, achieving the LEED Gold standard.