With a form that provokes thought and raises questions from the viewer, this 12 meter tall tower will become a very clear landmark for the municipality of Varberg, in Sweden. Accessible for everyone to visit, the structure will put people in direct contact with nature. 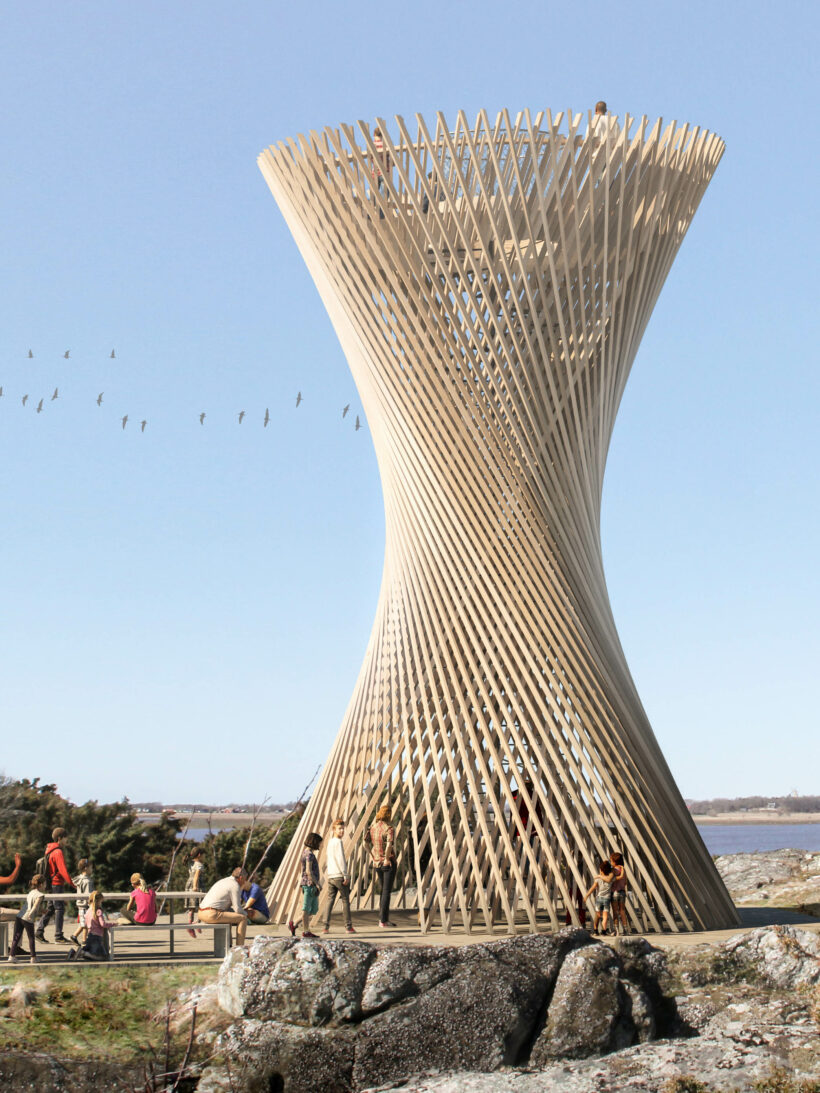 As White Arkitekter took part in an architectural competition arranged by the city of Varberg for a landmark observation tower, the design of a three-dimensional woven structure built in wood started to take shape. The brief called for an iconic structure with a viewing platform in a stimulating and experiential environment that would attract a range of visitors.

The winning proposal is to be constructed with 140 wooden ribs that form a three-dimensional woven structure. White’s design development was led by the hyperboloid construction principle, made up with a lattice of straight beams the tower creates the illusion of being curved. With a simple and clear form, the hourglass-shaped scheme will be visible from the city’s northern areas, including the nearby railway and the main entrance road. Located in a flat landscape on the border where land meets sea, the observation tower, which will be free to access, will offer visitors uninterrupted views of the surrounding landscape.

The jury stated that White Arkitekter’s proposal distinguishes itself with a form that provokes thought and raises questions from the viewer – how can something straight be perceived as curved?

The tower will form part of the development of Varberg’s new ecological recreation area at the Getterön nature reserve. Construction of the scheme is scheduled to start in 2021.