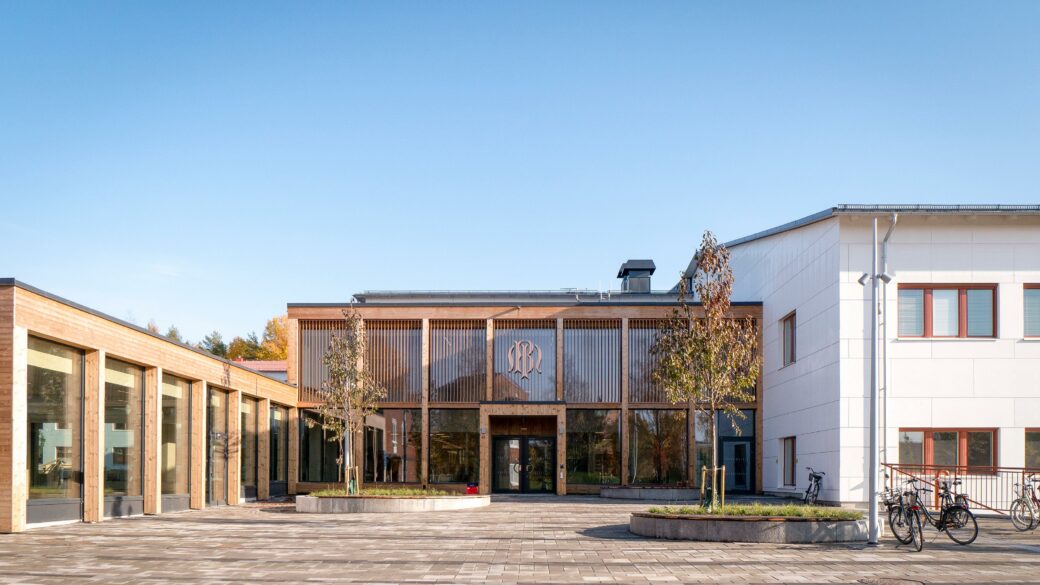 The past creates an attractive school. Maja Beskow School in Umeå is a good example of how it is possible to significantly reduce
climate impact by renovating and reusing existing materials. It is also a creative challenge to find ways to create new, attractive environments from existing buildings. 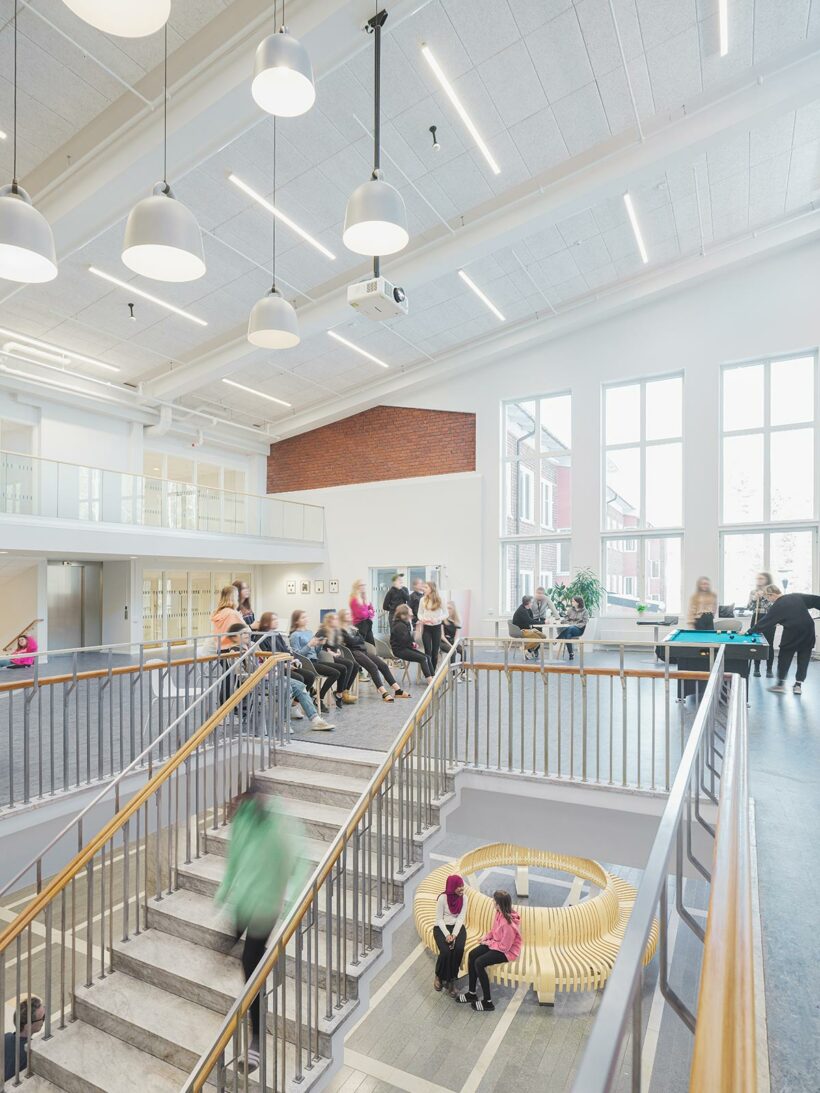 When Umeå Municipality gave White the assignment of designing the new Maja Beskow School, a key point of focus was the use of redevelopment and construction techniques that made the most of the existing buildings. The original school building was built in the 1950s, and an extension was added in the 1980s. After several years of damp problems, building-related health issues, difficulties attracting students and negative rumours, it was obvious that something significant needed to be done. The building was evacuated in 2016 and was completely renovated, after which the school could be reopened in 2019.

Three goals were set from the very beginning of the project. The first was to “Create secure boundaries” – the school must be characterised by safety and security in the smallest of details, and as a whole. For example, all pupils have a “home area” that contributes to a sense of security and spatial and social belonging. Glazed areas provide visual contact between the rooms and contribute to a sense of openness and security. The second goal, “Everything has its time”, describes the design principle of preserving much of the school’s original identity from the 1950s and the architecture of the 1980s extension in the new design. The third goal, to “Create a symbol of sustainability”, was manifested in a new entrance building with a strong contemporary character based on wood construction. The entire project has been awarded the Sweden Green Building Council’s “Miljöbyggnad Silver” certification.

The goals were based on a clear sustainability analysis. By working with the reuse of existing materials and focusing on transformation and circularity, it was possible to minimise the need for new construction. The two existing parts of the school were renovated on the basis of the eras they represented. In the part dating from the 1950s it was possible to preserve large parts of the original premises. There were many high-quality materials in this part of the school which could be reused, including limestone floors, brick walls and stairs. The extension from the 1980s required more comprehensive renovation, in particular due to problems with damp and poor daylight, although it was possible to preserve the original structure of the building.

The climate calculation for the project shows that the climate impact from the materials is low compared with a new
construction project, but that the climate impact from waste management is high. There are signifi cant environmental gains
associated with redeveloping existing buildings rather than building new ones, but it is crucial to minimise waste and to reuse as many materials as possible. A comparison with other projects also shows that the cost per square metre is signifi cantly lower than for a new building. The whole project has demonstrated how attractive it is to work with sustainability as an overall concept from an environmental, economic and social perspective. We have shown that it is in fact possible to reverse negative trends. And, it’s fair to say that the high level of pupil applications received by the school in 2019 is proof that our work has been successful. 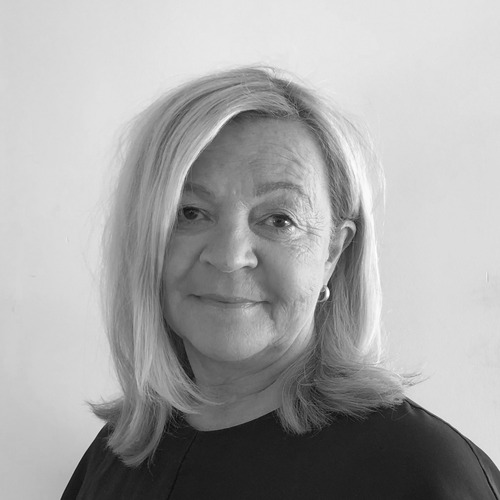