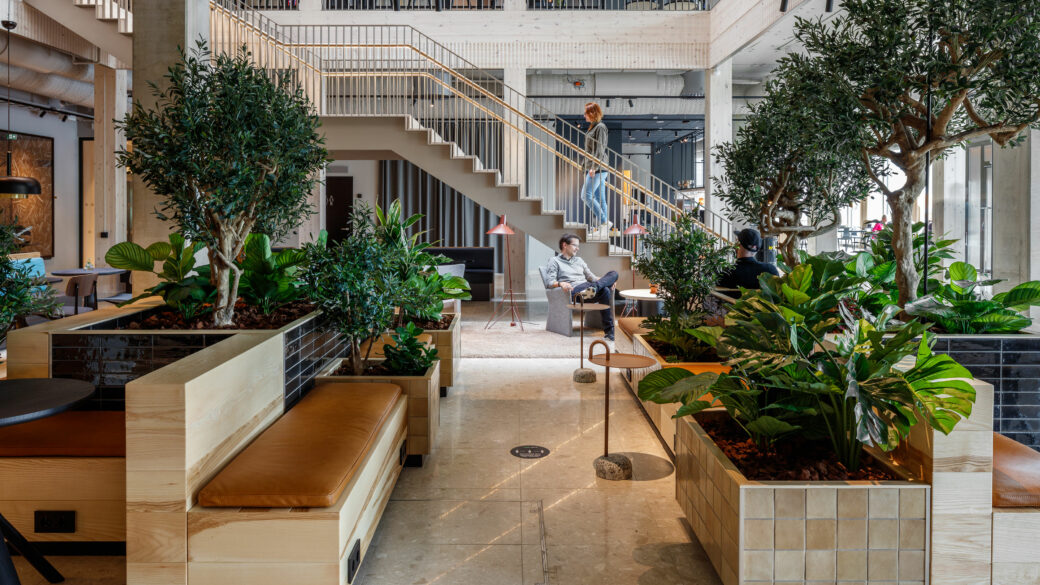 Arenastaden in Solna continues to grow – a modern district
buzzing with life from morning to night. In this bustle is
Scandinavia’s most energy-efficient hotel building, which also
houses offices and long-stay apartments. A visit to the House of
Choice will inspire you to live a sustainable lifestyle. 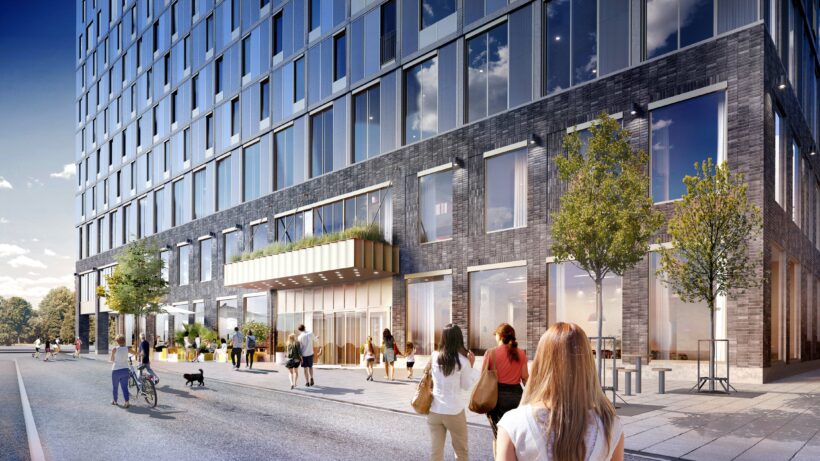 The building of the future in Arenastaden

To meet our climate targets, we need to build smarter and more innovatively. At the same time, hotel guests are becoming increasingly environmentally conscious and want to live sustainably. Together with Fabege and Nordic Choice Hotels, White Arkitekter has created the building of the future in Arenastaden, which is Scandinavia’s first zero-energy hotel, using solar cells, passive house technology and geoenergy.

The 11-storey building consists of three parts; a hotel with 336 rooms, an office part where Nordic Choice Hotels has its Swedish headquarters, and 88 long-stay apartments. The hotel also houses restaurant and conference areas and a lobby. 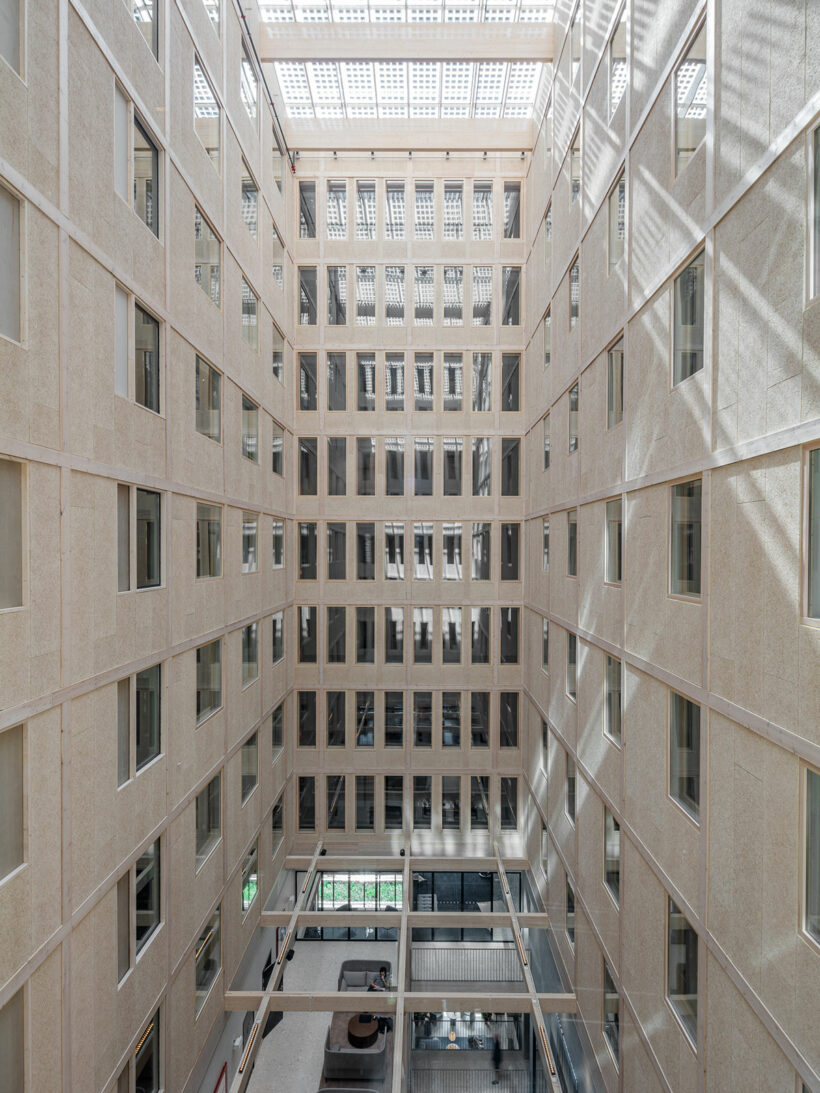 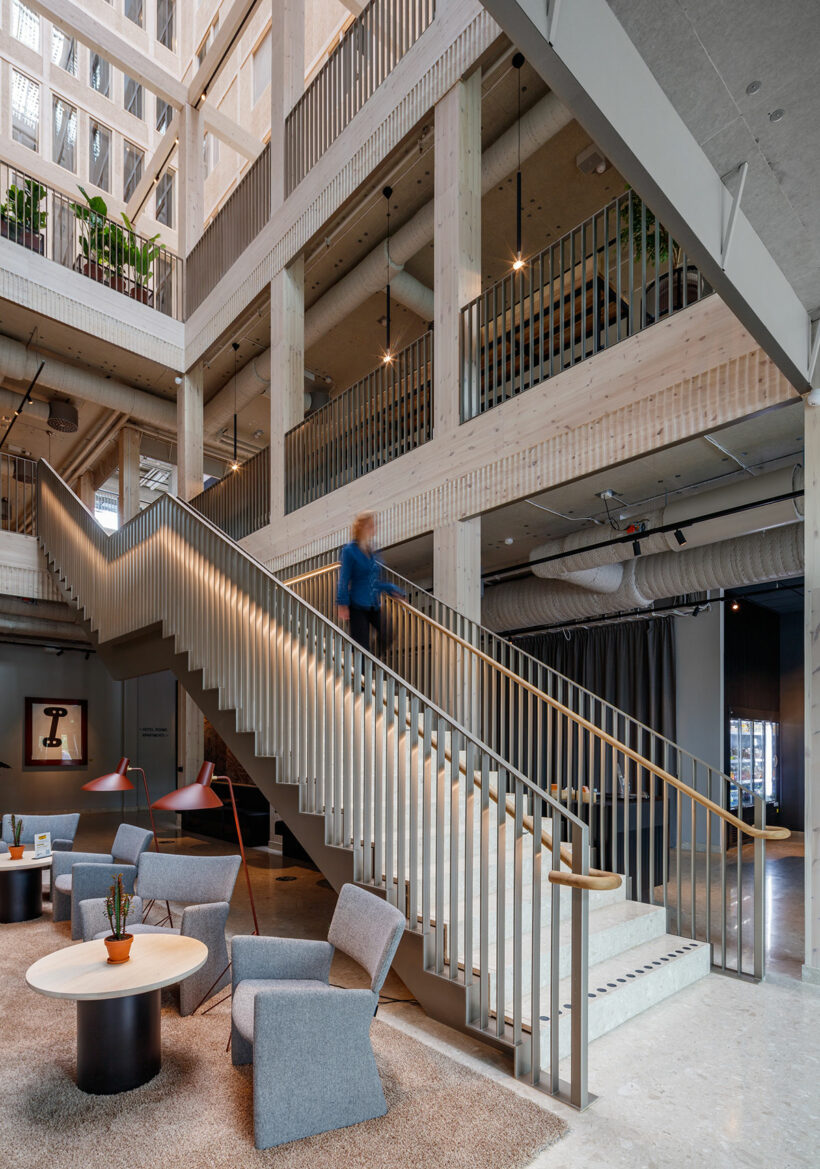 A visit to the House of Choice should inspire a sustainable way of living, whether you are staying at the hotel, living in the long-stay apartments, or working in the office. The hope here is that visitors will take home ideas, perhaps for a solar roof for their villa or a more conscious dinner menu in their everyday lives. 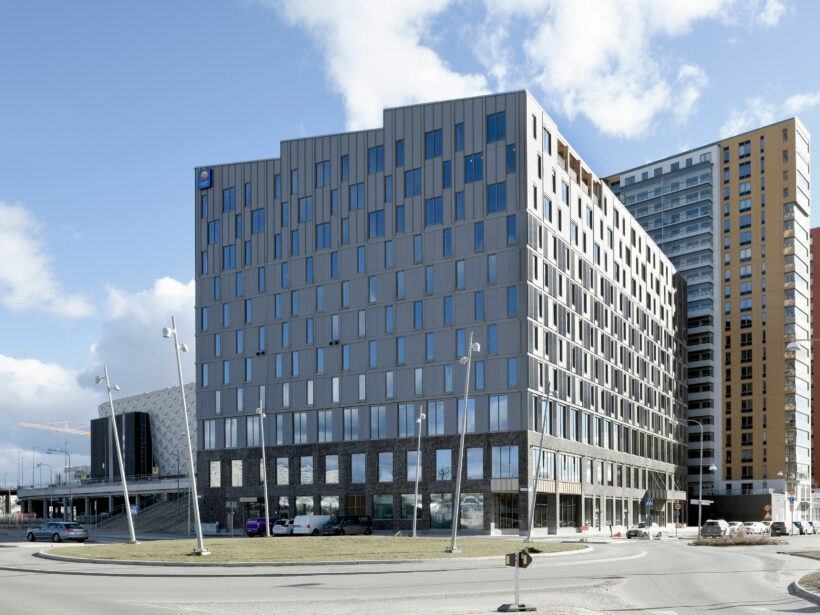 A building that stands out

The House of Choice takes up space with its sloping form and cohesive design – but gives space with its open, three-level lobby. The building is a contrasting sight in Arenastaden as it breaks down the large scale of the area and differs both in design and volume. A brick plinth provides a human scale along the street Evenemangsgatan. A waist with a clear framework holds together the design of solar cells and undulating matrix-cast concrete, and a crown with a broken eaves stretches the building and tells of the solar park on the roof.

The solar cells – part of the architecture

The building’s main entrance faces southwest and the adjacent Råsta lake. The south-facing facade and roof are clad in a total of more than 2,500 square metres of solar cells, which in a year will provide enough electricity for an electric car to drive more than 40 laps around the earth. The hotel is the world’s most photovoltaic-tight, and the solar cells cover the building’s annual electricity consumption.

Solar cells are often just put on roofs, with no thought for appearance. At the House of Choice, they instead contribute to the shape of the roof, and on the facade, they are embedded in glass panels of different colours and shapes. By integrating the solar cells into the design, the façade still contributes high aesthetic values to the surroundings. It interacts with the other buildings in Arenastaden and is perceived as varied depending on the weather, how the light is reflected and the time of day. 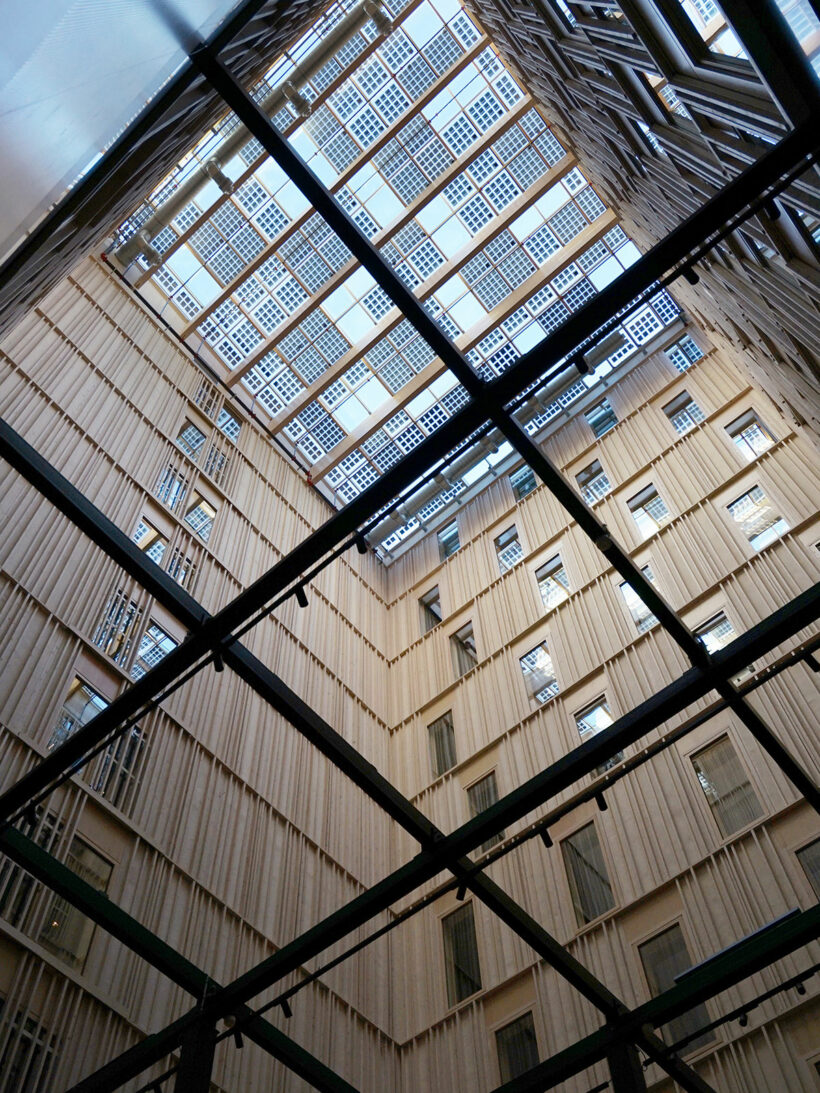 This new way of working with solar cells requires good collaboration; here, solar cells, solar shading and façade lighting must work together. The photovoltaic façade shows different types of glass panels; a dark grey ribbed one, a dark grey one with a silk matt finish and one with a pearl beige colour. By etching the solar glass and using grooves, a lively facade is created without affecting the efficiency of the solar cells. The integration of photovoltaics into the design of buildings is a topical and important aspect as photovoltaics become more common as a roofing and façade material, and our desire for renewable energy increases. 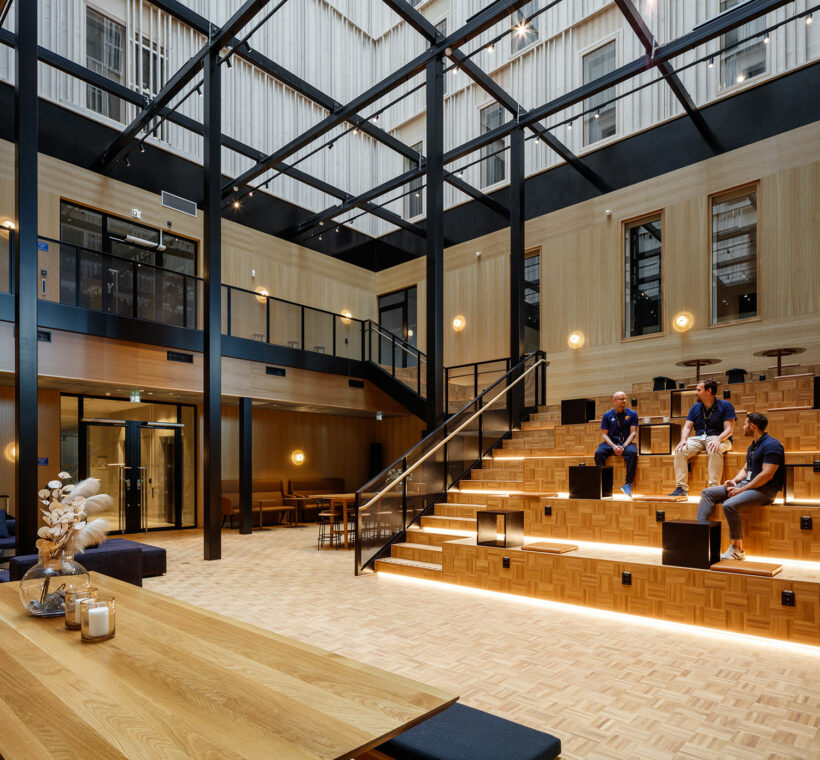 The project balances the events of Arenastaden with the nature and recreational life of the Råsta lake. The building’s energy profile is enhanced by inviting the Råsta lake’s vegetation into the entrance roofs, balcony areas and interior atriums. The foyer forms a social node in the area and conference spaces, restaurant and gym can be shared with residents in the area. Around the foyers on floors 2 and 3, the office and hotel share conference and co-working spaces. This activity is active during the day and contributes to the foyers being well used and full of life from early morning to late evening.

A visit to the House of Choice should inspire a sustainable way of living, whether you are staying at the hotel, living in the long-stay apartments, or working in the office. The hope here is that visitors will take home ideas, perhaps for a solar roof for their villa or a more conscious dinner menu in their everyday lives. The architecture is imbued with a visible and sensual sustainability. 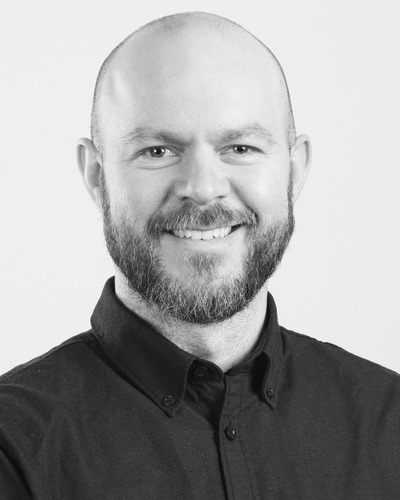