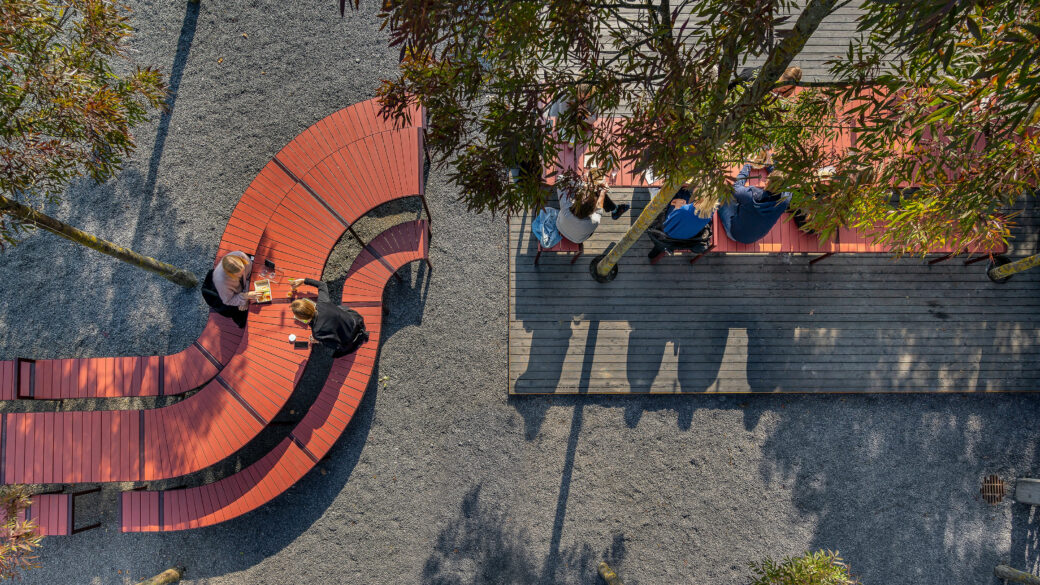 Along the promenade that runs along the Hammarby Canal and Årstaviken, just outside our office Katsan, is Hamntorget. Since the work on the planning programme for Södra Skanstull is temporarily paused, we joined forces with our neighbours Folksam and Trädgården/Huset Under Bron to create a more attractive, safe and active area under and near Skanstullsbron and Skansbron. 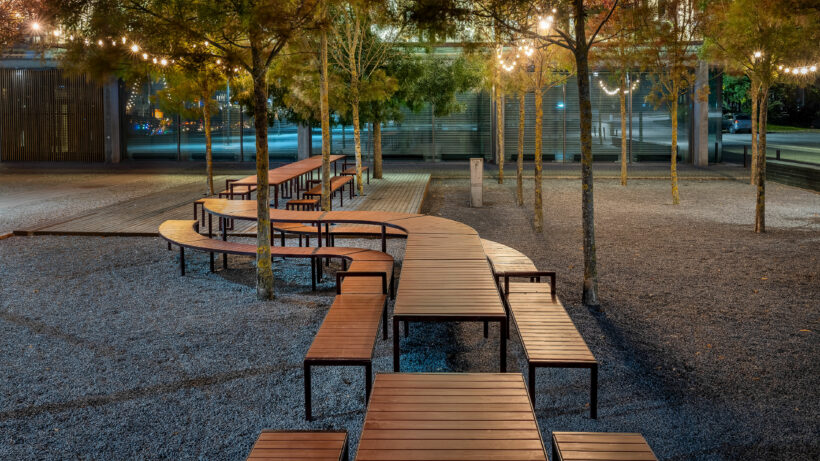 Hamntorget had long lacked a clear place for meetings and stays. In addition to being close to offices and schools, the area is part of the much-appreciated promenade that runs along Årstaviken.

In addition to creating a more defined outdoor space for meetings, play and relaxation, the idea has been to show how it is possible to activate places in the public environment with relatively small means and temporary architecture. 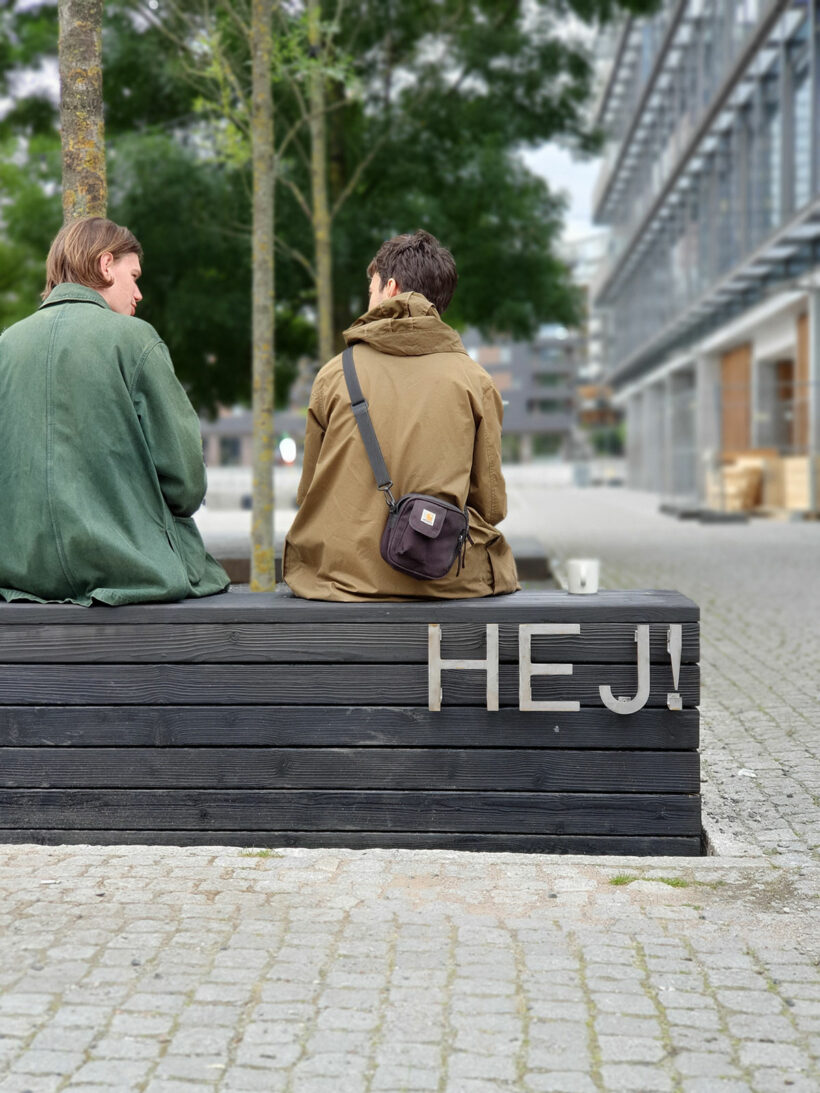 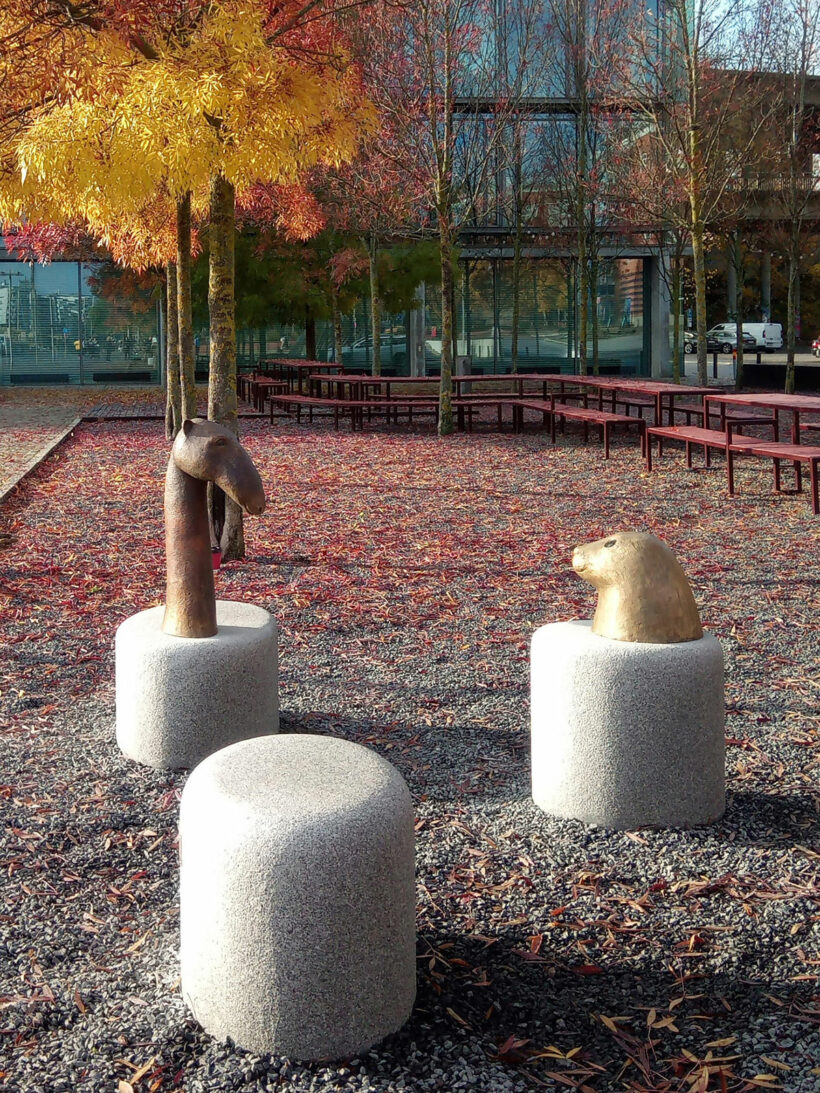 As a first step towards a more pleasant Skanstull, Hamntorget was created - a place for meetings with good opportunities for other temporary activations of the site. 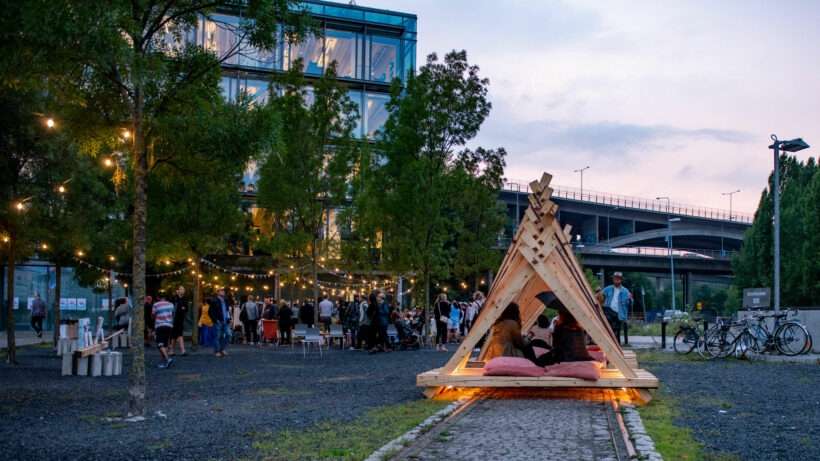 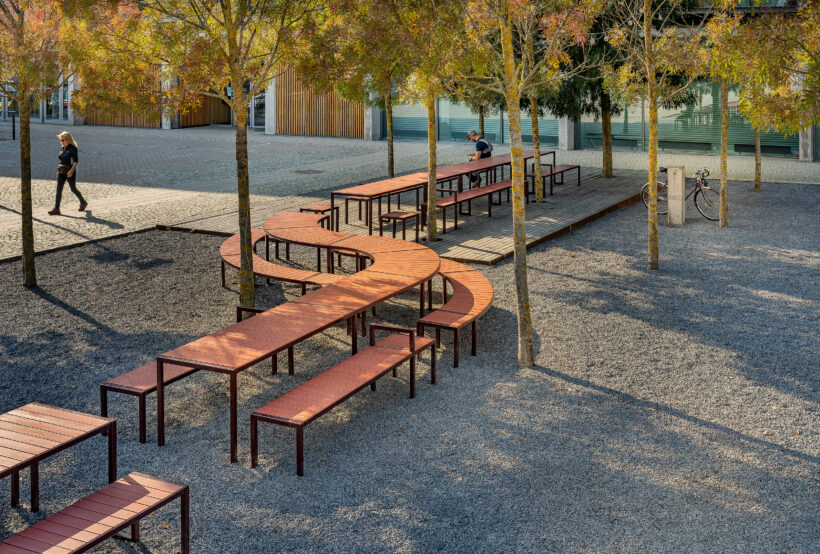 The winding long table was developed in a previous project and has been adapted for Hamntorget in close cooperation with Nola Industrier, who also manufactured it. It is divided into sections so that several groups can use it at the same time for different activities. The table has been seen being used by the nearby school for outdoor lessons and by offices in the area for meetings.

One section of the long table stands on a wooden deck, which has been treated using the Shou Sugi Ban technique. The Japanese method of charring the surface of wood to make it water-resistant is most commonly used for building houses but is rare in public spaces.

Above the site, lighting is suspended to enhance the sense of well-being and security, while at the same time enhancing the sense of space.

Hamntorget is for visitors of all ages. To encourage imagination and play among the youngest, sculptures by Eva Fornåå have been placed near the long table.

A place for temporary activations

Hamntorget is also intended to be used for other temporary activations, large and small. It has been used on two occasions for White’s Architecture Festival, which attracted hundreds of visitors in 2015 and 2019.

Hamntorget has become a natural and appreciated meeting place for people who spend time in the area under the bridges in Södra Skanstull. It's an example of how activating places and creating new spaces in the public realm doesn't have to be complicated or expensive. The importance of such spaces has become particularly clear during the pandemic, when many people have turned to outdoor social spaces to meet. 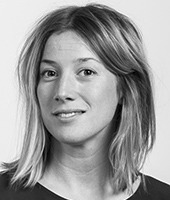